You are here
Home > Sports > Kobe’s Retirement: The End of An Era 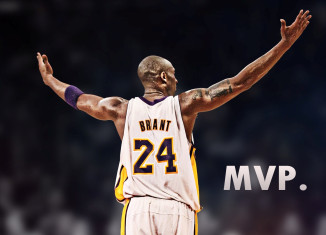 On November 29th, Kobe Bryant made a somewhat expected, but still very heartbreaking, announcement when he took to the Players Tribune, an online website that allows for athletes to share personal stories, and write a poem announcing that he would be retiring at season’s end. This is Kobe’s 20th season in the NBA, and he is currently a shell of his former, high profile self; he is no longer the young and energetic 18 year old straight out of high school with the distinguishable afro. He now wears number 24 instead of 8, is bald, and no longer has a lively body due to three straight injury-riddled seasons. Despite his slow downfall, it does not make it any less sad that one of the greatest to ever play the game of basketball is calling it quits.

Kobe Bryant is considered to be one of the greatest basketball players in NBA history and is revered by many as the second greatest shooting guard in NBA history, trailing only Michael Jordan in the ranks. Throughout his illustrious career, Bryant has achieved many accolades. Some of the highlights include being a 5x World Champion, 17x All-Star, 2X Finals MVP, 1x League MVP, and many others. Kobe is renowned by his peers as the hardest working player currently in the NBA. His motivation, dedication, passion, and killer instinct towards the game is uncanny. Leading up the 2013 Summer Olympics, Kobe exchanged numbers with a trainer. The trainer said he can call him anytime to train. Two days later, Kobe called him at 4 a.m. Kobe and the trainer worked out for 75 minutes, after which the trainer returned back to his hotel to sleep until 11. When the trainer returned to the practice facility, there was Kobe still putting up shots. He had been working out for seven hours straight. Kobe has always had this drive, always wanting to be the best and finding a way to be better than his competition.

Sure, Kobe’s patented fadeaway jump shot and clutch performances will surely be missed. However, the saddest part of his retirement is that it is the beginning of the end of an era. Kobe entered the league towards the end of Michael Jordan’s career. As Jordan was moving towards the tail end of his career, people began to wonder who would take the throne from him. Well, Kobe answered that question simply; it would be him. Numerous current NBA players, such as Kevin Durant, Paul George, and Lebron James, who didn’t get to watch most of Michael Jordan’s great years as a pro, said that Kobe was their Michael Jordan, and that he was who they strived to one day become. Kobe’s retirement is an alert to fans that a great era of basketball is unfortunately coming to an end. At season’s end, Bryant will join Steve Nash, Tracy Mcgrady, Ray Allen as they are added to the list of former NBA stars Kevin Garnett, Tim Duncan, Dirk Nowitzki, Paul Pierce, and Vince Carter in retirement. It is safe to say that the NBA will not be the same without Kobe Bryant. Mamba out.