You are here
Home > Sports > Men’s College Basketball: Expectations and Surprises as Seasons Get Underway 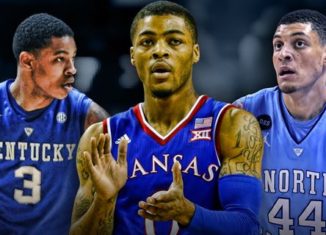 This season of College Basketball has not been as eventful as last year, where it seemed like every week there was a new number one team. However, this year has the ability to be just as exciting as last year when we get to March, and there are still plenty of games to play before we get to the madness that is the NCAA tournament. So, let’s recap a few things before Conference play gets into full swing.

The Big Five of Kentucky, Duke, UCLA, Kansas, and North Carolina are all top-10 teams, and all have a great chance of doing big things in March. Other Blue Blood teams such as Louisville, Wisconsin, Arizona, and Virginia are also starting off hot this season, as they look to make their way up the rankings.

Non-Conformity Compared to Other Years

While the Blue Bloods of College Basketball are mostly off to solid starts, teams that are not typically in the top 25 are making a ton of noise early on in the season. First of all, the Baylor Bears are the #1 team in the country for the first time ever. This Baylor team is deep, dangerous and is geared up to make a name for themselves in March. Creighton and Florida State are both in the top 10 and definitely there to stay. Rounding out the Top 25 are teams such as Minnesota and Florida who are returning to the polls after a few years of mediocrity.

The ACC is The Best League In The Country

The ACC has a great chance at being a 10-bid league. Led by Duke, UNC, and Virginia at the top, the ACC is deep and every game is a battle. Clemson is much improved behind the greatness of Jarron Blossomgame. Florida State is a top-10 team led by Dwayne Bacon. Pitt is having a great year behind their seniors. NC State is revamped with Dennis Smith running the show. Notre Dame is their usual, tough self led by Mike Brean. Buzz Williams has Virginia Tech back to where they belong. And Syracuse looks like a completely new team after their two big wins.