You are here
Home > Sports > MLB Division Winner Predictions for 2021 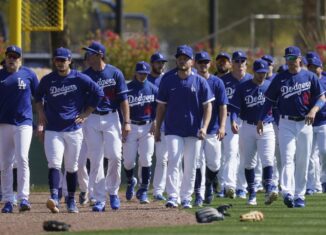 American League East: I don’t think this is much of a debate. The Yankees are the best team in the NL and will win this division with their elite starting lineup and bullpen. Even though they are having a rough start, the Yankees always find a way to come out on top. Their rotation has some question marks with injuries, but I think it will come along as those injuries heal, and their top players get into the swing of things.

American League Central: The winner in this division isn’t so clear, but I do think the White Sox will win the division. The Twins are a really good team, and it wouldn’t surprise me if they won the division. Still, the White Sox have that top lineup including Cy Young caliber pitchers and a very elite and strong bullpen to help them.

America League West: The Astros will win this division due to their insane offense with their strong core and underrated players like Kyle Tucker. A couple of injuries have hurt them as the season gets underway, but they are the stronger team on paper. They should watch out – the A’s and even the Angels can make a run if their pitching improves.

National League East: This, I believe, is a two headed race between the Mets and the Braves. It would be easier to justify the Mets winning this division right now, but with injuries to Lugo and Corasco that makes it more difficult. Although the Braves lost some bullpen pieces, they still haven’t gotten at all worse, and there are guys like Soroka coming back. The Mets offense could power them to win the division, but right now, the Braves look like a stronger team.

National League Central: This is a more controversial pick, but I believe that the Brewers will win this division. They have a great rotation with Woodruff and Corbin Burnes and a lockdown 7,8, and 9 inning with two of the top relievers in baseball – Josh Hader and Devin Williams. Their offense isn’t out of this world, but they do have Christain Yelich who can help power this offense.

National League West: This isn’t much of a debate: the Dodgers will win this division. The 2020 World Series winners will win the division even though the arguably 2nd best team in the NL, the Padres, is in their division. This Dodger team could be the best team on paper in the last 10-20 years, and they will cruise past 100 wins.