You are here
Home > Sports > Performance Enhancing Drugs and Athletes 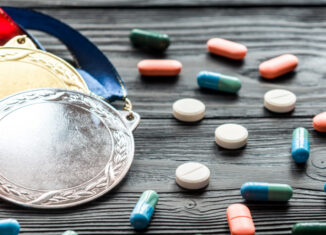 What is a performance enhancing drug? (“PED”) A PED is a drug used by athletes to improve physical appearance and performance. There are many kinds of PEDs. Anabolic steroids are PEDs. Anabolic steroids are synthetically produced variants of the naturally occurring male hormone testosterone. Anabolic steroids are used to improve strength in the body. Another type of PEDs used by athletes are stimulants. Stimulant drugs are a class of psychoactive drugs that provide temporary improvements in physical or mental functioning. Stimulants include cocaine and methamphetamines. Other common stimulants that are easy to obtain include caffeine and certain common cold medicines. Some cold medicines include ephedrine, a drug which is used as a decongestant. However, ephedrine causes an increase in heart rate. Athletes use ephedrine to increase their heart rate to have more energy and endurance.

The first use of PEDs date all the way back to ancient Greece during the first Olympic games. In 1889, PEDs were first used in professional sports by Jim “Pud” Galvin. Galvin was a baseball player in Pittsburgh who was widely known for using some type of elixir to help him pitch.

More recently more and more athletes have used PEDs to enhance their performance on the field. Argentinian soccer superstar, Diego Maradona tested positive for the use of ephedrine during the 1994 Soccer World Cup. Maradona was then banned from the World Cup because of the use of an illegal substance. Several months before, Maradona had also been suspended for the use of cocaine which is another illegal substance. Not only were PEDs used on the field but they were also used in cycling. Lance Armstrong, an outstanding American cyclist was in his prime from 1999 until 2005 winning seven Tour de France titles. Officials began to question whether his wins were actually true and done by the real Lance Armstrong. In 2012, Armstrong was accused of using PEDs. With this accusation, Armstrongs’ Tour de France titles were stripped from him and he was banned from the sport of cycling. Another PED is a human growth hormone (“HGH”) that is used by athletes to build muscles and other parts of the body. In 2013, several Major League Baseball players used and abused HGH as well as PEDs. Over a dozen baseball players took these PEDs. Ryan Braun of the Milwaukee Brewers and Alex Rodriguez of the New York Yankees, both stars in baseball, used HGH to increase their muscle mass to be better than all other players. Braun was given a 65 game suspension while A-Rod was given a 211 game suspension. PEDs are very dangerous and athletes will use them to get an edge over other athletes.

PEDs have been around for ages and have impacted athletes on the field. PEDs are a way for athletes to become faster and stronger. The reason PEDs are used is for athletes to have an advantage over other athletes even if that means to use drugs and cheat. Although many athletes use PEDs and think they are good for their body, as we’ve seen, PEDs are certainly a way to ruin a career.