You are here
Home > Sports > The Most Important Man In Sports 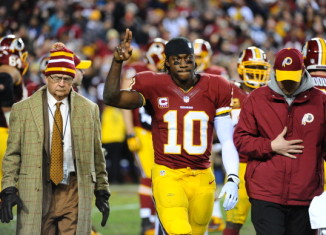 When a big time athlete gets injured, the words that usually follow are Dr. James Andrews. The 72 year old orthopedic surgeon is the ultimate healer in professional sports. His list of big name patients is so long that it is probably easier to name the ones who have not gone to see him. He has given numerous athletes second chances by helping them recover from their devastating, sports-related injuries. In the 2010 Super Bowl between the Saints and Colts, he had operated on 21 of the 44 starters on the offense and the defense. Andrews has performed over 3,500 Tommy John Surgeries with over a 90% success rate. He is the team doctor for Alabama, Auburn, and the Washington Redskins; just about every professional trainer has him on speed dial.

It is not just guys like Adrian Peterson, Michael Jordan, Jack Nicklaus, Roger Clemens, Allen Iverson, Bo Jackson, Emmitt Smith, Albert Pujols, John Smoltz, and Drew Brees who have traveled to see Dr. Andrews at one of his institutes, either in Birmingham, Alabama or Pensacola, Florida. Anyone can go see him. In fact, I went to go see him at his 50 million dollar institute in Pensacola a few years ago. Andrews does about 50 surgeries a week on high school and college athletes, housewives, and, of course, superstar athletes. He has always said that the reason he has been so successful is because of accessibility and communication; “I just pick up the phone and say come on down.” He loves helping people and gets a ton of reward from watching his patients recovering and getting back to the top of their game.

Dr. Andrews wrote a book entitled  Any Given Monday about injuries and injury prevention in youth sports based on what he has seen throughout his career in sports medicine. In the book, he gives his professional advice to parents, grandparents, and coaches about young athletes in order to combat the epidemic of injuries in youth sports. “I have seen my patient population and surgical cases get increasingly younger. Overuse injuries in children is a concerning trend,” Andrews told a reporter working for ESPN.  In an interview with Fox Sports, he said, “The main thing parents need to know is to let kids be kids. Let them play multiple sports. The big problem we’re seeing with today’s youth sports are two words – specialization and professionalism. Specialization means playing one sport year-round and never having time for recovery. The body needs three to four months off each year from a specific sport to recover. Pro athletes do that, but not our kids. They need at least three months where they’re not throwing a baseball or kicking a soccer ball.” He goes on to say that “professionalism means these young kids are being trained like pro athletes, and their bodies are too vulnerable to take that kind of heavy-handed training. Parents think they are doing the best they can to get their kids a scholarship, but what they’re really doing is burning them out and causing injuries.” His mission is to keep these kids on the playing field and out of his operating room. He hopes his book will help parents, coaches, and student athletes take a step in the right direction to achieve that goal.

Every year, 3.5 million children will require medical treatment for sports related injuries, which Andrews believes can be prevented. In 2008, he worked with the board of Little League Baseball and established a pitch count rule in order to limit the amount of throws a kid makes per day to combat injuries sustained because of overuse. He has developed state of the art research facilities in his institutions in order to solve the epidemic of elbow related injuries in baseball, most commonly, injuries that result in Tommy John surgery. Andrews designed these facilities in hopes to put himself out of business. Andrews has a strong ambition to drastically slow down the rate at which these baseball related injuries are occurring, and if he does, that would mean many less hours he’ll be spending in the OR.

When Andrews moved his practice to Pensacola, he designed it in a way where he would be helping mostly athletes instead of the older population. He did this to make his workload more practical in his older age. Every week, Andrews still does his consultations on Mondays and Wednesdays and surgeries on Tuesdays and Thursdays. He says Tuesdays and Thursdays are like Super Bowls to him; he tries to bring his A-game with each surgery he performs. He is still going strong at 72 years old and hasn’t even thought about retiring yet. He says as long as he still feels he has the energy, he will keep doing what he loves. When asked if he ever feels too old to do his job he said, “The only time I feel old is when I looks in the mirror, so I quit looking in the mirror.” Until the day comes where Andrews retires, he will definitely be one of the most, if not the most, important man in sports.