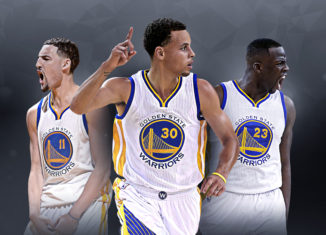 As the NBA season slowly nears, I’ve decided to share my opinions on the two teams that I think have the best chance to win an NBA title.

The team that most people have winning the NBA championship is the Golden State Warriors. Some are already proclaiming the Warriors to be the best team ever. Others are saying there is no reason to even play out the season because there is no chance that the Warriors won’t win the title. Even though I wouldn’t go so far as to say some of those things, I definitely agree with the majority and feel the Warriors will win an NBA title this season. The Warriors won 73 regular season games last year and lost in a game seven to the Cavaliers in the finals. Now they have the same core group of players and have added arguably the second best player in the league, Kevin Durant. They have also added Zaza Pachulia  as their center. He is an upgrade from Andrew Bogut. This means that their starting lineup will consist of 4 all stars and a top 10 center. That is scary.

There really should be no answer for how to stop the Warriors. They are the best shooting team in the NBA, the best one on one isolation team in the NBA, and will likely be impossible to stop consistently. In their pre season game against the Los Angeles Clippers, another NBA powerhouse team, the Warriors defeated them by 45 points. Even though it is only a preseason game, the starters still played, and both teams were clearly trying during the game. This game helps to show just how unstoppable the Warriors can and will be. 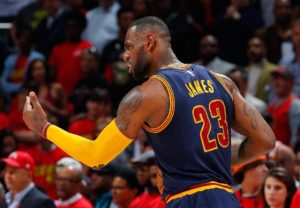 Another team that must always be considered when discussing NBA championship favorites are the Cleveland Cavaliers, last year’s NBA champions. Obviously, the Cavaliers must be in the discussion because they have the NBA’s most dominant player, Lebron James. Last year some people were doubting Lebron. People felt he was getting older and could no longer shoot efficiently from the outside. People even were saying that Steph Curry was a better player. However, in last year’s finals, Lebron shut all the haters up when he brought the Cavs back and led them to victory. Lebron has been to the last six NBA finals and has won three of them. Even though the Warriors are the heavy favorites, Lebron and the Cavs can definitely give them a challenge and maybe even win it all.