You are here
Home > Sports > What to know about UBS Arena, Long Island’s newest arena. 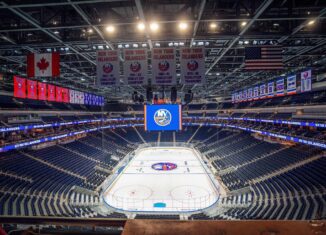 UBS (the Union Bank of Switzerland) Arena is the newest state of the art arena on Long Island. The building in Belmont, Long Island is the new home of the New York Islanders. There is a specific emphasis on the fact that UBS Arena has a Nassau County area code. 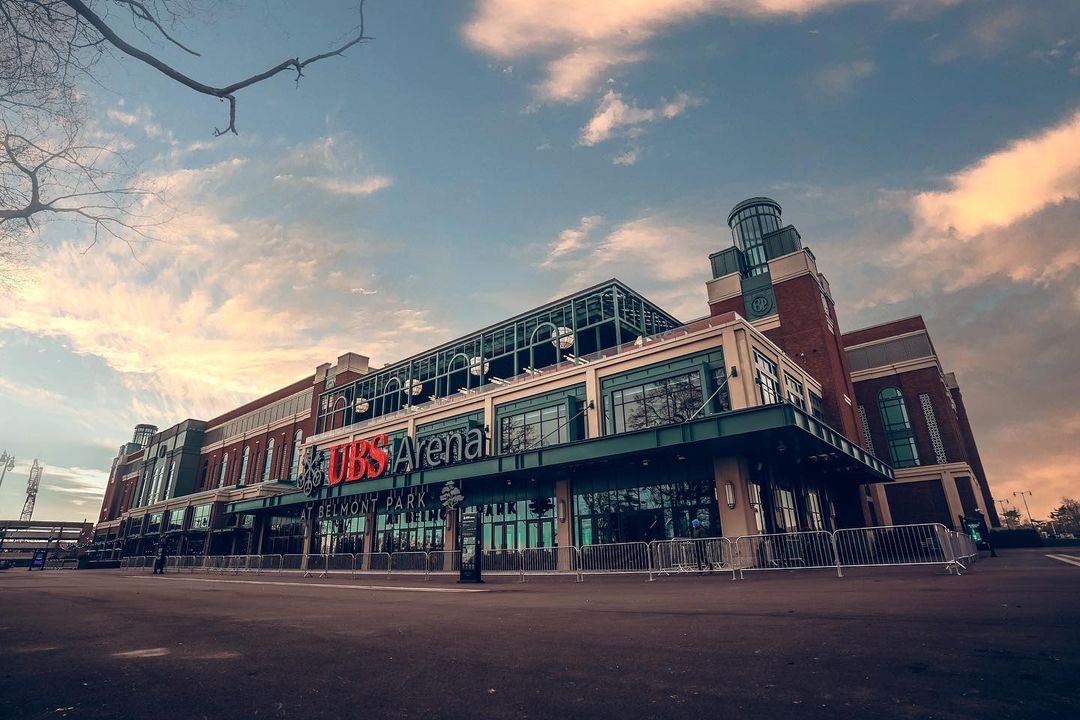 For 30 years, the Islanders have had uncertainty when it comes to their home. The Nassau Coliseum will always be home to the Islanders, but UBS Arena is their new home. The Nassau Coliseum is the “birthplace” of the New York Islanders, it is where they won 4 straight Stanley Cups, and it is also where the vast majority of special Islanders moments have occurred. As said before, the Islanders have withstood constant rumors of relocation and arena uncertainty throughout the past 30 years. They called the Barclays Center in Brooklyn home full time from 2015-2018. Barclays was a part-time home arena from 2018-2020, but they played more games at the Coliseum. Last season, the Islanders played exclusively at Nassau Coliseum, including their magical run to the Stanley Cup Semi-Finals. That run to the Semi-Finals ended 1 game away from the Stanley Cup Finals, when the Islanders lost in a tragic game 7 in Tampa Bay, where the Lighting went on to win the Stanley Cup Championship. The final game at the Coliseum was a magical Overtime game, where Anthony Beauvillier scored the final goal and the game winning goal in the Coliseum.

In the entrance of the UBS arena there is a massive sign that says “Welcome Home”, signifying that this is home for Islanders fans and players alike. On opening night of UBS Arena, Islanders’ Broadcaster Brenden Burke said it best at the end of his monologue, “But know that for the first time in forever – the only thing Islanders fans have to worry about is a hockey game.”

UBS Arena is a masterpiece, and is one of the nicest arenas in the world and hockey. Some have described UBS arena as “Islanders Heaven”, and it is the arena that Islanders fans deserve. Islanders owners John Ledecky and Scott Malkin put exquisite detail into every aspect of the arena. This arena is built for both music and hockey. They purposely built the roof low, in an attempt to replicate the “Coliseum feel” (atmosphere) that gave the Islanders a significant home ice advantage.

Ledecky and Malkin put a real emphasis on having this arena represent Long Island and the Islanders. That includes some Long Island businesses for concessions and a wall that has all the logos of many groups of Islanders fans worldwide. In terms of concessions, the Islanders feature Shaquile O’Neal’s “Big Chicken” restaurant at UBS Arena. In collaboration with another concession at UBS Arena named the “Blue Line Deli”, they’ve created the most interesting food option at UBS Arena named “The Islander”. “The Islander” includes a piece of Shaq’s “Big Chicken” inside a Blue and Orange Bagel filled with cream cheese. Another important piece to this new innovative arena is the jumbotron. The jumbotron weighs about 90,000 lbs and has 45 HDR LED displays that total more than 15,000 square feet and more than 34 million pixels. Ledecky and Malkin knew that if they were going to do this, they had to get it right. They definitely nailed the details of UBS Arena.

UBS Arena has a capacity of 17,255 people for hockey and 18,500 people for concerts. The arena has been said to be worth $1.1 billion. The one real negative of UBS Arena is that parking has been a bit of a mess. That may have something to do with the fact that the parking situation isn’t necessarily finished. The LIRR station to and from UBS Arena, ​​Belmont Park and Elmont-UBS Arena is located in Fare Zone 4.

The arena will hold more than 150 events annually, some other events include AEW and WWE wrestling, St.John’s Basketball, Comedy acts, Disney on Ice, the Harlem Globetrotters, Monster Jam, and more events that have yet to be announced. The first concert at UBS Arena was a VIP “Chicago” concert, the first concert available to the public was Harry Styles at the final stop of his “Love on Tour” Tour. Some interesting upcoming concerts at UBS Arena include “Journey”, “Imagine Dragons”, and John Mayer. UBS Arena will be one of the best American concert venues for years to come, and it is very convenient considering the proximity to residents of Long Island.

UBS arena represents Long Island, and will be at the heart of Long Island for the foreseeable future.