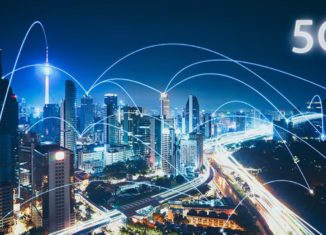 By: Jacob Kaye and Jake Gold

Throughout the past few years, many people have been hearing about the development of 5G, but most people don’t know what it actually is. 5G, fifth-generation cellular wireless, is the next generation mobile broadband which will replace 4g LTE. 5G will bring significant change to the mobile network because 5G won’t just interconnect people, but also interconnect machines, objects, and devices. It will bring new levels of performance and efficiency that will allow for new user experiences and connect new industries that nobody expected to be together.  5G will work with three different spectrum bands – Low-band, Mid-band, and High-band spectrum. AT&T, T-Mobile, and Verizon, for example, will all have high-band spectrum as three of the largest carriers.

There are also many questions about the differences between 4G and 5G, and there are several differences. For example, 5G is a unified platform that is more capable than 4G; it actually uses spectrum better than 4G. 5G also has more capacity than 4G, therefore leading to 5G having lower latency than 4G. 5G will be much faster than 4G because it delivers up to 20 Gbps (Gigabits-per-second) peak data rates and over 100 Mbps (Megabits-per-second) average data rates.

Today, some cities in the United States already have access to 5G. Some cities that have 5G today are Atlanta, Boston, Chicago, Houston, Dallas, Miami, New York City, Washington D.C., Los Angeles, Phoenix, San Diego, and San Francisco, with different cell carriers supporting 5G in the various cities. Some devices that already have 5G capabilities are the Samsung Galaxy Note 10 5G, Samsung Galaxy S10 5G, Samsung Galaxy Fold 5G, Samsung Galaxy A90 5G, LG V50 ThinQ, Moto Z4 (with 5G Moto Mod), Moto Z3 (with 5G Moto Mod), Moto Z2 Force. Even though 5G sounds very advanced, it may not be a good idea to purchase a phone with 5G capabilities just yet. As with the beginning of any technology, 5G is new and needs more time to develop to live up to all of the promises that come along with it.

What is 5G? | Everything You Need to Know About 5G