You are here
Home > STEM > Sweeping Away the Myth 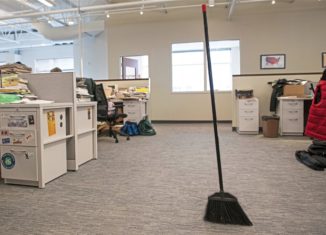 On February 10, 2020, a viral trend was as quick to come about as it was to have its truth be unleashed. This viral trend claimed that “NASA said today” (“today” being Feb. 10) is the only day that a broom can balance on its own “because of the gravitational pull” of the Earth. CNN couldn’t find anything from NASA to support the tweet, but many people were swept by this fad because they failed to check the actual science behind it or if it was even a real fact stated by Nasa! The original video of the “standing broom,” posted on Twitter, racked up 6.5 million views and more than 59,000 retweets in a little under a day, and it surely got people excited to try out this trend as soon as possible. However popular the trend may have been, the truth of the matter is that you can balance a broom on its head literally any day of the week, at any time of the day. It, in fact, has nothing to do with any sort of “gravitational pull” of anything, and it has nothing to do with the vernal equinox. Instead, it is just a simple balancing act. The center of gravity is low on a broom, and rests directly over the bristles. This means that if you can get the bristles positioned like a tripod, your broom will stand upright any day of the year! The ‘standing broom’ is not a new discovery of 2020 either. This trick dates back to the 1990’s, but went most viral in 2012. Back then, people’s explanation for this was, in fact, not about any sort of “gravitational pull,” but really that “planets are aligned,” which was again, an aforementioned theory that has been proven unequivocally false. Although NASA was probably bristling at the idea of people getting the science wrong, it still makes for a fun trick!