You are here
Home > Op/Ed > Time is Running Out 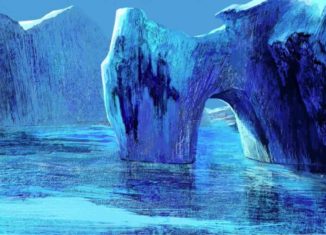 12 years. 12 years until the scientists predict that the damage done to this planet will be irreversible. This damage is at the fault of actions taken by humans. For years, the environment and its stability has been at stake. Presently, as there is not much time left, our world is finally bringing the issue to serious attention. The overall increased global temperatures are a result of years worth of actions such as deforestation, transportation, industrialization, and pollution, just to name a few. Increased temperatures arise from the increase of greenhouse gases in the atmosphere which traps heat. Despite all the differences humans around the world have, the one definite thing we all share in common is our duty to protect and keep our planet alive.

The increase in global temperatures is causing the dramatic rise in sea levels due to the ice caps melting. The famed snows of Kilimanjaro have melted more than 80 percent since 1912. Glaciers in the Garhwal Himalaya in India are retreating so fast that researchers believe that most central and eastern Himalayan glaciers could virtually disappear by 2035.  The oceans are absorbing more than 90 percent of the increased atmospheric heat associated with emissions from human activity. Projections show that within our life-time, New York and other large coastal cities can be destroyed due to sea level rises. Polar bears especially are becoming endangered. This is not only because of the ice melting, but also due to the overall warming of the water killing their desired food sources. Thick fur coats are not as necessary anymore, and some polar bears are dying from overheating. The production of non-recyclable plastics and cans are being littered into the oceans and killing the ocean life. One of the biggest issues getting attention is the Great Pacific Garbage Patch. This is a huge garbage patch with a surface area of about 1.6 million square kilometers. Animals inhabiting this area are unknowingly consuming plastics. Not only are these microplastics toxic to marine life, but since they make up such large portions of their diets, they are also in the seafood that humans eat.  This is not the only way in which human life is being affected as there are even more life-threatening events that are happening because of human impact, such as forest fires. In recent years, they have worsened due to the increased global temperatures. Rising temperatures dry out grasses and brush, making them easier to ignite. The 2018 wildfire season was the deadliest and most destructive wildfire season on record in California. People lost their lives and properties were completely destroyed due to these fires. As a population relying on Earth and its resources, it is only right we take care of it. Fortunately, there are many things civilians can be doing to save the planet; it is just a matter of people actually taking the responsibility into their own hands.

People around the world are calling on government leaders to support a Global Deal for Nature that protects and restores 50% of the Earth’s lands and oceans. Scientists say this is necessary to save nature. It not only will feed the world and prevent runaway climate change, but it will also ensure a healthy planet for future generations. American citizens can be sure to vote in upcoming elections for politicians that are representing nature’s voice. Besides political routes, there are simple, everyday tasks that can be done to benefit our planet. For example, reusable or biodegradable shopping bags and plastics can support the sustenance of marine life. Driving cars less is very important too, and Tesla and other car companies are working on electric models that are becoming more affordable for the average person. Little things like showering less and turning the light off when leaving a room will make an impact. Every little effort counts. What really has been holding back civilians is the mindset that their singular actions cannot solve the immense issues the planet is facing. However, ideas for different efforts have been more recently popularized on social media raising everyone’s awareness of the extremely small amount of time left before the problems come irreversible. Another amazing piece of pop culture that is promoting the planet’s issues, especially to younger people, is the new song “Earth,” by Little Dicky. This song features 30 top artists in a collaborative effort to spread the message about the importance of saving our environment. This song has definitely done a great job at grabbing attention for cause. In the end, this issue is not just about current human life. It is about the future and preserving our world for generations to come. As our planet continues to grow together, hopefully, within the near future, we can see large effects of our small contributions.