You are here
Home > STEM > What’s The Deal With TikTok? 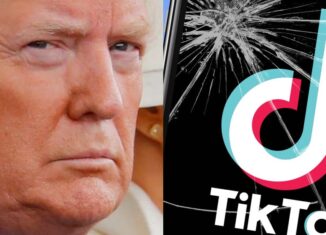 By: Madison Schioppo and Vanessa Hsieh

If you haven’t heard of TikTok, it is a social media app that has grown increasingly popular within the past year. TikTok was launched in 2016 by Zhang Yiming. It is an app that allows you to choose a song or create a sound and make 15-60 second short videos. TikTok has a user base consisting of children, teens, and even adults because it allows users to really express themselves and connect with people from all over the globe through videos that appear on a user’s “For You Page.” TikTok has over 80 million users in the US, and its base has been growing rapidly over recent months with the Covid-19 pandemic bringing more people online for socializing and entertainment purposes. However, recent threats have rattled the TikTok community. Is Trump banning TikTok? Is Microsoft buying TikTok? What’s its deal?

In early July, the Trump administration hinted that it would ban TikTok because of its association with China. Although children and teens found it hard to take in, the reason for this was because they believe that the app is collecting and storing American citizens’ personal information. Politicians, such as Representative Ken Buck, have called it a “serious national security threat.” Buck described the data collection as “unsafe” and said that if private information is shared with the Chinese government, it can lead to a possible cyberattack. However, TikTok announced that its data centers are outside of China and that the company is not affiliated with the Chinese government. The rising tensions between China and other countries, including the US, might have influenced the United States’ sudden attitude change towards TikTok and now WeChat, another popular Chinese app. India has already banned TikTok as well as other Chinese apps because it posed a “threat to sovereignty and integrity.”

On August 6, 2020, President Trump issued an official executive order that would ban TikTok from operating in the US if it was not sold by its respective Chinese parent company, ByteDance, by September 15. Through all of this, TikTok did not stay silent. On August 22, the company confirmed it will be suing President Trump’s administration due to his executive order to ban transactions with ByteDance. TikTok spokesperson Josh Gartner stated, “To ensure that the rule of law is not discarded and that our company and users are treated fairly, we have no choice but to challenge the Executive Order through the judicial system.” Since then, Trump issued another order demanding ByteDance divest all of its US Operations for TikTok. Some theories arose after the Trump administration declared the statement of banning TikTok. Some people expressed their beliefs that the US government wanted retribution on China by banning most Chinese social media apps since the Coronavirus originated from Wuhan. Others speculated that the Trump administration actually wanted to stop having TikTok as a platform to harass the president.

Currently, TikTok is in talks with Microsoft and other companies over acquiring its social media platform, and its lawsuit will not affect its potential sale talks with those companies. A social network has never been split up along regional lines before, but by acquiring Tik Tok, Microsoft could have a shot at becoming a strong player in the digital advertising space. As of now, TikTok has not been banned, but if TikTok eventually disappears from the US, it will leave a large hole in social media. Influencers might even be stranded with no widespread platform to create content. With all of this going on, users are not sure what will happen to their favorite app. Although much has changed already, things will certainly continue to change until this is sorted out.