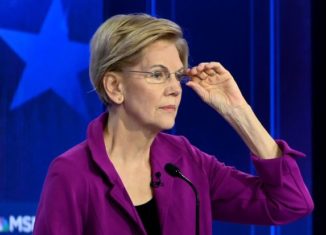 Elizabeth Warren is currently fluctuating between second and third place for her presidential campaign as a Democrat. Her national polling average is 19%, and her campaign contributions are at $49.8 million, putting her behind Joe Biden and possibly Bernie Sanders. She is focusing on building a grassroots movement to fight for influential change and putting power in the people’s hands, instead of those of the government. Warren grew up mostly poor and in tough circumstances; she often reflects on times when she and her family were struggling to pay bills, and they couldn’t afford for her to go to college. In order to ensure her education, she became a special needs teacher and was offered reduced college tuition as part of her compensation. Later, she became a mother and and a law professor at Rutgers University, the University of Houston, University of Texas-Austin, University of Michigan, University of Pennsylvania, and Harvard University. After long years of hard work, she became a Senator in her hometown in Massachusetts. Warren is known for her original thinking, her political bravery, and her persistence through pretty much anything which led to the creation of the Consumer Financial Protection Bureau, an agency that protects consumers from financial tricks hidden in credit cards, mortgages, and other products.

Ultimately, her creative thinking, hard work, and passion to help people has led her to run for president in 2020. Her main reforms focus on strengthening the US Democracy, rebuilding the middle class, and equal justice under law, among other big ideas. Warren plans to strengthen the US Democracy by first creating a constitutional amendment to protect the right of every American citizen to vote and making sure each vote is counted. She wants to eliminate unjust rules and terminate corruption and racism in politics. Donations made by billionaires and lobbyists trying to run for presidency will not be tolerated. By uniting the American people, she knows that we can prevent future attacks fueled by hatred and separation between races just by improving the democracy. Because many families cannot support themselves when it comes to money, Warren wants to rebuild the middle class by first giving back power to the hands of workers and unions. She also wants to change large American companies by letting workers decide who the company’s board members are which gives them a more powerful say in the work environment. Warren says that she wants to stop handing out large cash giveaways to wealthy individuals and big companies and start making them pay back their fair share of things; this should cause investments that can create economic opportunities, address the isolated rural communities, and end a legacy of racial discrimination. She plans on establishing an Ultra-Millionaire Tax only put on the 75,000 wealthiest families in America which can reduce rents in housing by 10% across America and make 1.5 million new jobs that America needs due to the growing unemployment rate. The revenue from the tax would cover the cost of free public college, student debt cancellation, worldwide child care, as well as many of her other plans. For Warren’s idea of equal justice under law, she plans on creating a secure criminal justice reform with no racial separations or differences. She believes in banning private prisons, supporting community policies, demilitarizing local police forces, and decriminalizing marijuana. She also emphasizes that she will change the fact that big companies can commit illegal actions by fully implementing the fact that anyone is held accountable if a law is broken under the equal justice reform.

During the race for presidency, Warren has already stood out among her competitors by swearing off fundraisers with rich donors. She has been positively criticized for taking pictures with voters at the ends of town halls. Warren also has gotten the bad side of things, which lead to scrutiny and controversy. Her claim of being pregnant with her daughter in 1971 that caused her not to have a job has been viewed as fake and irregular. It has also been found that in a 2007 interview, she rebutted her claim that supposedly allowed her to “be who she is today.” In addition, she has been heavily criticized for stating, for the past seven years, that she discovered that part of her heritage is Native American. Some think that she said that to advance in her career and obtain more voters. Despite these downfalls, Elizabeth Warren has a pretty good chance of becoming president in 2020. She has done fewer controversial things, compared to other candidates like Sanders and Biden. If all goes well, she might as well go down in history as the first woman president in America.