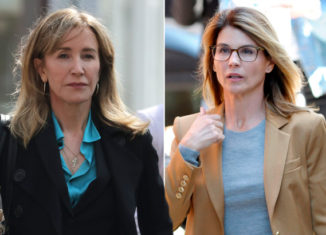 Recently, it was exposed that famous celebrities are using money to get their children into better colleges. Not only did Lori Loughlin do this, so did “desperate housewife” Felicity Huffman. Felicity Huffman paid $15,000 to get a proctor to change her daughter’s incorrect SAT answers to corrected prior to official scores being released. Lori Loughlin paid $500,00 and lied about athletic involvement to get her daughter into the University of Southern California. Lori Loughlin has even gone to the extent to photoshop her daughter’s face onto a player of an advanced sports team. Felicity Huffman and Lori Loughlin both pleaded guilty in what has become known as the college admissions scandal. More recently, Huffman was sentenced to 14 days in prison and is being required to pay a fine. Loughlin is still awaiting a decision on her sentence which many believe will be more stringent than Huffman’s.

Olivia Jade, Loughlin’s daughter, is a social media celebrity who has gotten very bad press since the news got out about her family buying her way into college. At first, her social media presence dwindled, and her relationships with her parents seemed irreparably tarnished. However, as time went on, Olivia chose to no longer ignore the press; instead, she now responds to their allegations and unkind words about her family with negativity. After about six months of quiet from Olivia Jade, she posts on Instagram sticking up her middle finger. She targets the tabloids by directly tagging them accusing them of referencing false sources who should not be trusted. This was something her lawyers were definitely not happy about. In fact, they urged her not to post anything on any social media platform. This is because prosecutors are very likely to question her about anything she posts, and they can use it against her, and her mother, by showing it to the jury. Not only does this impact her mother’s admission to the crime, but it also tarnishes any hope the family has of painting a positive picture of their lives.

More than anybody, college students and those applying to college are furious over this situation. People all over the world are working so hard to get into their dream colleges, but Olivia Jade got in an easy way just because her mother has money and fame. Only time will tell how colleges and universities react in light of this embarrassing situation.