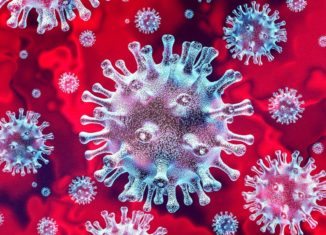 A novel strain of the coronavirus has evolved into a serious pandemic, threatening the health of the global community, particularly the United States.  Coronaviruses are a large family of viruses that attack the respiratory system that mostly affect animals; however, on several occasions, they have developed and spread to humans (as seen in the cases of SARS and MERS). The current coronavirus pandemic has become a threat to the world’s population not seen since the Polio outbreak in the last century.

The outbreak of Covid-19 (as the disease is known) began in Wuhan, China, with the first reported case in November of 2019, and has spread to most of the world’s countries as of this date.  The World Health Organization declared it a pandemic on March 11, 2020, and it has caused suffering, death, and severe economic damage in many areas of the world.While there is no definitive proof on how the virus spread to humans, it is thought to have initially infected bats, who spread the virus to another species, possibly a pangolin, where it then jumped to humans. The virus is easily spread through the afflicted person’s droplets which can come into contact with another person either through the air or touch – a sneeze, a cough, or remnants on soft or hard surfaces.  The primary symptoms are a dry cough, fever, and fatigue, though diarrhea and vomiting are possible as well. This particular strain attacks the respiratory system, causing excessive danger to those with underlying medical conditions, such as heart disease, diabetes, and immune-suppression conditions.

The average incubation period for the virus is five days, but symptoms can appear anywhere from one to fourteen days after exposure.  Eighty percent of those with the virus will suffer mild symptoms, but nearly twenty percent will be severe or critical. The elderly and very young have a much higher mortality rate than everyone else, making it critical that those groups not get exposed to the virus.  The fatality rate for the virus overall will likely settle at 1 percent, which is far more deadly than the typical seasonal flu.

Most worrisome is the fact that many with the virus are asymptomatic and thus spread the virus to others without realizing they have it.  That is why self-quarantining for at least fourteen days after exposure for anyone with the virus is critical. To avoid getting the virus, the C.D.C. and W.H.O. recommend social distancing, hand washing for at least 20 seconds (every hour if possible), covering a cough or sneeze with a tissue and throw it in the trash immediately thereafter, cleaning and disinfecting frequently touched objects, staying home if you feel unwell, calling a doctor if you have symptoms, and not touching your face.

Governments worldwide are encouraging social distancing to slow the speed of the outbreak, which will help reduce the overwhelming pressure health care systems will be experiencing due to the high volume of patients. In the United States, the Federal government’s initial response to the spread of the virus was abysmal.  Unlike countries like South Korea, who ramped up testing for the virus and knew who to quarantine quickly, the United States tested very few people, and as a result, the virus has been spreading without the country even knowing who has it and who does not.

President Trump has been widely criticized for downplaying the seriousness of the virus in the initial months, bragging about the low number of cases in the United States. At that time, he said there were 15 people with the virus and that it would soon go down to zero.  This information was untrue. He claimed it was not a pandemic, yet just the other day, he said he always knew it was a pandemic. Only now the United States is trying to ramp up testing at a very rapid speed, but despite the President’s false promise two weeks ago that “everyone who wants a test can get a test,” tests are still extremely hard to come by in the country.

It is likely that the United States will be forced to go on a national lockdown, staying home other than for emergency reasons – which has been the case in both Italy and France.  According to several health experts, there will likely be a peak in this country by May 1, but the hope is that social distancing measures will “flatten the curve,” so that the health care system does not get too overwhelmed with patients.  Unfortunately, the United States, which some consider the most fortunate country on Earth, has way too few ventilators, which are necessary to save lives of the severely afflicted. Thus, like Italy, difficult choices will have to be made by doctors as to who will live or die in the coming weeks.

It has been left to State government leaders to fill the leadership gap that the Federal government has left wide open. Governors have closed schools and businesses and even ordered millions to shelter in place.  All of these measures are to stop the spread and flatten the curve. The Federal government has recently taken steps to mass produce ventilators, tests, and masks, issued high-level travel advisories, and banned foreign nationals from many countries.  However, it is widely believed by experts that it is too little too late, and that the United States will have the worst or among the worst breakouts of the virus on Earth.

In addition, the global economies have been cratering, as most economic activity has grinded to a halt.  The world’s governments have been infusing stimulus funds into their countries’ economies to try to blunt the effect, but the gross domestic product of most of the world’s countries will be negative for at least the next quarter or more.

The crisis could end in one of these ways.  First, public health measures, like testing and slowing the spread with social distancing and good hygiene, could work well and reduce the calamity that all are experiencing and currently expecting to worsen.  If we slow it so that the infections occur over a year or more, then that will reduce the amount of people who will die from the virus. Second, a vaccine or antiviral drug could be approved and released for us, which would quickly curb the pandemic (though that is likely to be a year away).  Third, warm weather could slow the virus down (though Singapore and Australia currently have outbreaks and the weather is warm there).

The best advice is to follow the C.D.C. and W.H.O. social distancing and hygiene protocols and not to panic if you get the virus.  Immediately self-quarantine, and call your doctor if you begin to experience any possible symptoms. As with other global crises, this will eventually pass, but it is a terrible, likely once in a lifetime event for all of us that the world will not soon forget.