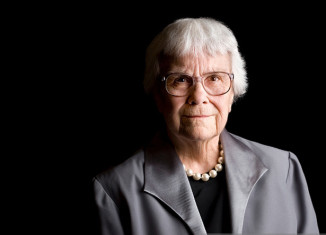 One of the 20th century’s most celebrated authors, Harper Lee, died in her sleep at the age of 89 in her home state of Alabama on February 19, 2016. Her real name was Nell Harper Lee, and she won a Pulitzer Prize for Fiction in 1969 for her classic To Kill a Mockingbird. This book is widely studied across the country in high schools and colleges and has sold more than 30 million copies. The news of her death comes after it was announced that there will be a Broadway show inspired by To Kill a Mockingbird for the 2017 – 2018 season.

While To Kill a Mockingbird describes a southern, small-town community plagued by racism and divided social classes, it also speaks to moral courage, hope, and redemption. To Kill a Mockingbird (1960) describes the story of Atticus Finch, a lawyer in an Alabama town in the 1930s who defends a black man accused of raping a white woman, told through the eyes of his daughter, Scout Finch. Although Lee never substantiated the accusation, there have been discussions about the autobiographical nature of this book since there are some parallels to her life.

In July of 2015, Go Set a Watchman, a sequel to To Kill a Mockingbird, was released. Lee thought that this manuscript had been lost but was, in fact, discovered by her lawyer in a safety deposit box. Go Set a Watchman features a grown-up Scout and an elderly Atticus. Although it had many of the same characters and themes, the book was criticized because it portrayed a shocking racist characterization of Mockingbird’s beloved hero, Atticus.  Those close to Lee have suggested that she was coerced into the decision to publish the book at a point in her life when she faced declining health and was easily manipulated. The controversy continues because Lee had publicly voiced her opinion that she never wanted to publish another novel after To Kill a Mockingbird. Literary critics felt that this new novel truly needed additional edits and was released prematurely for monetary gains. On the other hand, Lee received an endorsement from her hometown in Alabama because they rely on tourism when her fans come to visit the area. According to her publisher, HarperCollins, they quoted Lee as saying, that she hadn’t realized the manuscript still existed, but was “surprised and delighted when my dear friend and lawyer Tonja Carter discovered it.” Her fans, particularly in Alabama, were so unsettled with the situation that they forced the Alabama state government to investigate the circumstances surrounding Watchman, but there was not enough evidence to prove any concrete impropriety.

Harper Lee was more than the iconic author. She was extremely private and prioritized spending time with her family and community. It was quite unique for someone so famous to reject interviews, publicity, and fame. Many people remember the first time they read about a small southern town and its highly volatile issues of justice and racial prejudice. Even more impactful was the fact that this book was from the perspective of a child who had to struggle with these parochial attitudes. Since her last work was so controversial, does that take away from her place in our hearts?  I do not think so. Lee was more than the author of one book. In To Kill a Mockingbird, she delivered a message that will forever stand on its own and does not need interpretation. The poignant writing says it all. Lee epitomized an author who stimulated a much needed conversation about cultural issues through her enduring characters. Her talent and influence will live forever, and she will remain one of the most beloved authors of the 20th century.