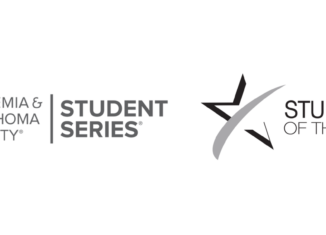 By: Rebecca Shimony and Isabella Kolin

The Leukemia and Lymphoma Society, or LLS, is once again wrapping up its infamous Student of the Year Campaign. Thousands of students across the country participate in regional circuits of this campaign in order to raise both awareness and money for blood cancers, such as Leukemia, Lymphoma, and Myeloma. For seven weeks, students compete with one another on a variety of teams to gain skills in project management, marketing, and entrepreneurship to participate in the largest nonprofit organization. By being an active member and participating in this competition, students create a large impact on people struggling with these types of cancers.

LLS has invested $13 billion dollars in researching the cure for cancer since its establishment. Since 2017, LLS has funded 41 out of the 47 FDA approved treatments for cancer and has supported 80 research grants worth $188 million dollars since 2018. Moreover, each year, a different cancer survivor is chosen to be the honorable hero of the year. This year, the Student of the Year competition began on January 26 and ended on March 11 while choosing to honor Brandon Bloom. Brandon is a 10-year-old boy who was diagnosed with Stage 4 Non-Hodgkin’s Lymphoma when he was just 6 years old. Now almost four years ago, he has since beaten cancer and is now promoting LLS’s amazing work by participating as the hero of the year. 16 teams across Long Island are fighting to raise the most money for Brandon.

Last year, three juniors from Jericho High School raised the most money and were able to help and motivate people to raise awareness. According to the students, “we’re proud to be doing our part through Students of the Year to ensure that future generations know a world without cancer.” Best of luck to all participating  in this year’s event to support this very worthy cause.