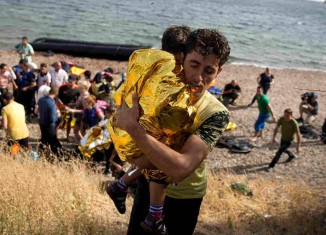 In recent months, we have all read and listened to numerous accounts of the growing Syrian refugee crisis and even debated it in our own country as everyone – from the person on the street to Presidential candidates – added their voices to the debate. However, in the past few weeks, the sympathy for the fleeing refugees has been undermined by concerns for terrorists sneaking into the midst of the group and gaining entry into countries willing to accept them. It has raised several debates, including how to balance empathy for Syrian refugees against safety and security of countries. Is it also appropriate for a presidential candidate to suggest that all the people of a particular religious group be barred from entry into the country, as we have seen in the current presidential election as a few candidates called for a total ban on Syrian refugees? Is it ever okay to close your border to a people that is in so much desperate need?

To understand the crisis is to understand its history. One of the most powerful recent summaries on the history of the Syrian Refugee crisis was published by the BBC on October 8, 2015. There, the story was related on how a people came to flee its homeland in the face of war, civil unrest, untold human suffering, and deaths of innocent people. BBC stated that as of the date of their article, more than 250,000 Syrians had lost their lives following four and a half years of conflict. An additional 11 million others have been forced to flee their homes under threats from both armed forces loyal to Syrian President Bashar al-Assad and armed jihadist militants from the Islamic State (ISIS or ISIL).

So, as uncertainty in the region continues, refugees continue to flee the land and beg nations to “rescue” them with an offer for resettlement, while fears of the same nations rise that in the process of eagerly helping a people in need, they may unwittingly let in members of terrorist or other militia groups that are seeking to export their war to other countries. Should our moral obligation to help others take precedence over our national security interests? The debate will no doubt continue, as leaders like German Chancellor Angela Merkel took in refugees at the rate of tens of thousands in a single week and committed to taking hundreds of thousands of refugees in coming years, earning her the TIME Magazine 2015 “Person of the Year.” Her decision was sharply criticized by many who felt it displayed her naiveté about terrorism. U.S. President Barack Obama applauded Chancellor Merkel’s decision, as U.S. nervousness about terrorism risk has reportedly limited resettlement to less than 1,000 Syrian refugees since the crisis began. For the refugees away from their homeland, uncertainty continues for a happy-ever-after life as many wait in holding camps for nations to let them in. This crisis is different, as the struggle of a few has become the curse of many. One cannot help but wonder when the world will see these fleeing people as Refugees instead of Terrorists, as only then will the doors begin to open.

Photo Description: A Syrian man carries a child wrapped in a thermal blanket as they arrive with others at the coast on a dinghy after crossing from Turkey, at the island of Lesbos, Greece. (Petros Giannakouris)