You are here
Home > World News > Train Accidents: Will They Ever Stop? 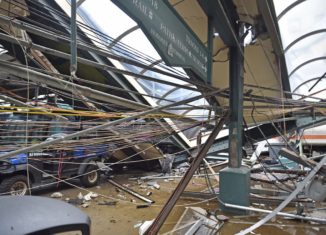 In the time span of just nine days, two horrific train accidents struck the New York and New Jersey area. For years, the railroad has been one of the most viable options for those who have to commute in and out of the city to work. Unfortunately, it seems like commuters will be searching for alternate, more reliable forms of transportation to get where they need to be until these train crashes are cleared up and investigated.

On September 29th, a New Jersey commuter train crashed into the Hoboken Terminal at around 8:45 a.m., killing one woman and injuring more than one hundred individuals. According to CNN, the train was moving significantly faster than the 10 miles per hour speed limit at the terminal, and it overran its stopping point. The train then slammed into a bumper block, lifted off of the track, and slammed into a passenger foyer all at the height of morning rush hour. Governor Chris Christie announced that Fabiola Bittar de Kroon, a 34-year-old woman from Hoboken, was killed when she was standing on the train platform and struck by debris. Various passengers on the train explained that as the train entered the terminal, it seemed to continue accelerating and did not break at all, which confused and concerned the riders. One of the passengers, Shah, stated, “I was hoping the train would stop now, but it just didn’t stop. It kept going and going. At the end of it, it felt like eternity.” The reason for the continuous acceleration is still unknown, and investigators hope to attain more information from onboard cameras once the debris is cleared, and they are able to enter the train carts.

Just nine days after the Hoboken crash, a Long Island commuter train derailed, leaving 33 people injured. According to Governor Andrew Cuomo, the first three carts of the train came off of the tracks nearly half a mile away from the New Hyde Park station. The derailment occurred after the train collided with part of a work train that contained a piece of equipment that violated the “clearance envelope of the other track,” as stated by Metropolitan Transportation Authority Chairman Tom Prendergast. Fortunately, the twenty-six passengers and seven employees that were harmed were not left with life-threatening injuries. The collision caused walls of the train to buckle in, seats to be ejected, and debris to be strewn inside the carts. CNN employee Jeff Abrahams, who was a passenger on the derailed train, stated that one woman in tears believed that both of her legs were broken, and other passengers tried to console her during the traumatic event. Just as in the Hoboken crash, the reason for the incident is currently unknown and being investigated.

Train accidents seem to be all too common nowadays. It is obvious that more precautions must be taken in order to ensure that innocent lives are not lost from safety mishaps in the transportation system. Positive train control, a system that utilizes GPS, wireless radio, and computers to prevent collisions and derailments, will be required by Congress in all New Jersey Transit vehicles by the end of 2018. The initial deadline for this safety system was the end of 2015. Perhaps these collisions could have been prevented if the initial deadline was observed. Only time, and the investigations of the National Transportation Safety Board, will tell.