You are here
Home > World News > Who is Kamala Harris? 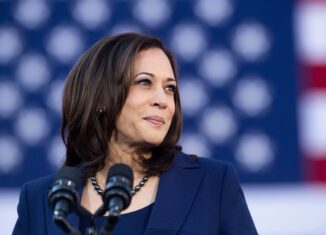 Kamala Harris grew up in Oakland, California, where she was able to experience parts of the Civil Rights movement. This inspired her to pursue a career in politics, beginning as a District Attorney of San Francisco. She was later elected the Attorney General of California, and in this position, she worked to protect the Affordable Care Act, limit climate change, fight for marriage equality, and prosecute gangs. Following this, she was then elected a Senator. In the Senate, she fought for many acts of progression. She tried to raise wages for workers, reform the criminal justice system, protect healthcare, fight substance abuse, support veterans, and expand child care access.

Kamala Harris originally ran against Joe Biden for the presidency, but soon dropped out. Once Biden won the nomination, he was tasked with choosing a running mate. Harris was an obvious choice for many reasons. Primarily, she appeals to women and people of color. She also has a lot of experience in government, and she is relatively young with a potentially long career still ahead of her. She is outspoken and unafraid to speak up for what she believes in. In addition, she often challenges Biden to new levels, so the two make a good team. For all these reasons, Biden felt Harris would be the best running mate.

Now that the pair has won the election, it is clear the Kamala Harris will be a good partner to Biden. As the first woman and person of color to become Vice President-elect, she has made history that hopefully many other women and people of color will follow.