You are here
Home > World News > Zika Virus: The Basics 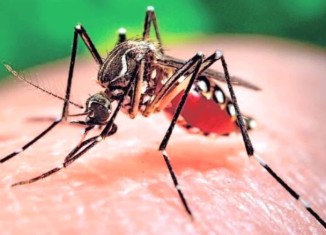 Have you ever heard of the Zika Virus? The recent outbreak has been all over the news and has Americans very concerned. According to Margaret Chan, a World Health Organization Director-General, this outbreak is an  “extraordinary event,” and she insists they combat this deadly virus.  The Zika virus is a disease that is spread by an infected Aedes species mosquito. This is the same mosquito that also transmits dengue, chikungunya, and yellow fever. The virus is hard to detect due to its similarities to mild, flu-like symptoms. After being bit, a person may experience a fever, rash, joint pain, and conjunctivitis (red eyes). The symptoms last for a only few days to a week after being bitten by the infected mosquito. The disease could ultimately be fatal, but most infected people make a full recovery and develop an immunity to future incidents. The problem, however, is that there is now controversy over the way in which the virus can be spread, as well as the impact it can have on pregnant women or those of childbearing age. According to the New York Times, multiple cases have been reported of babies being born with microcephaly – a condition in which the baby is born with an abnormally small head and brain damage – after their mother had been infected with the Zika virus.

This virus was discovered  in 1947 and is named after the Zika forest in Uganda. Since the first outbreak of the virus in 1952, outbreaks of Zika have happened in various other parts of the world. Most Americans should not worry about being infected at home because these outbreaks have occurred mostly in Africa, Asia, and the Pacific. However, those who are traveling should be cautious. The first time that an outbreak of the Zika virus disease was reported from the Pacific was in 2007, and the first time an outbreak was reported from the Americas and Africa was in 2015. This virus remerged on February 1, 2016, and the World Health Organization quickly declared the Zika virus a public health emergency of international concern and mandated multiple travel warnings to those planning on visiting infected areas, which includes many Caribbean islands. Due to the fact that there is no vaccine or treatment for the virus, the best way to avoid the Zika virus is by warding off mosquitoes with bug spray. As the Zika virus continues to spread, most recently striking in Panama and other areas of Central America, everyone should take heed of the travel advisories and be vigilant about their exposure to this potentially fatal disease.