You are here
Home > Entertainment > Bachelor in Paradise Recap 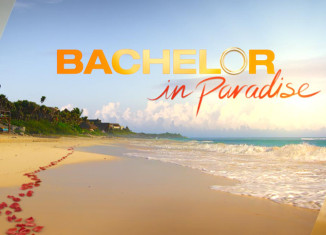 The Bachelor, as most people know, is a show presented by ABC that helps young adults find love. Although some contestants are lucky enough to come out of the show with a life-long partner, most are not. As a result, the show Bachelor in Paradise was formed.

This spinoff takes place at a house in Mexico in which contestants from previous seasons of the Bachelor and Bachelorette return to have a second chance at love. An original group of guys and girls start off the show at the main house, but their time is not permanent as people who don’t receive a rose from someone of the opposite gender are forced to go home. Each week on the show there is a date and a rose ceremony. People who don’t get to go on the date spend their time hanging out with the other men and women at the house. The “winners” of the show get engaged at the end. While spending time in Mexico trying to find love sounds easy, Bachelor in Paradise comes with a twist. New people arrive at the house mid- season and have the potential to break up a couple. This season was filled with laughter and tears, but most of all, intense drama!

One of the first couples in Paradise was Amanda and Nick. Although it seemed like they would get engaged, their love was short lived when Josh came along. Josh stole Amanda from Nick and started his own relationship with her. This relationship is controversial among the other contestants because Josh has a bad reputation for not being genuine and having malicious intentions. Amanda doesn’t let these rumors bother her, and she is able to maintain her relationship with Josh. Another relationship in the house, Vinny and Izzy, seemed very promising until a new contestant, Brett, appeared on the show mid season. Izzy broke up with Vinny for Brett which left Vinny heartbroken. As a result, he chose to leave the house. Twins Emily and Hailey chose to leave the house as well because they were unable to find true love. On a different note, contestants Carly and Evan found each other and remained happily together throughout the season. There was a love triangle that formed between Jared, Caila, and Ashley Jared and Caila were together, but Ashley was in love with Jared. Jared and Caila decided to leave the house together because Ashley was putting a strain on their relationship.

Overall, this season was very entertaining. With the season finale coming up, viewers will finally get to see which couples end up lasting after Paradise. Tune in to ABC on Monday and Tuesday nights to find out!