You are here
Home > Entertainment > Reboot or Bust 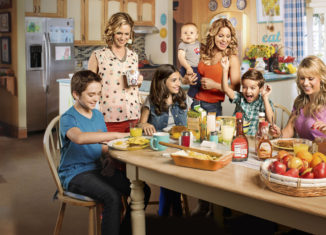 Full House. Twin Peaks. The X-Files. Lethal Weapon. MacGyver. What do all of these TV shows have in common? Well, that’s easy! They are all TV shows from the 1990s that are making a reappearance in the current television lineups, and I don’t mean as reruns. If today is considered a golden age for television, why is Hollywood reusing the same material over and over again? Is Hollywood out of ideas? Maybe.

Honestly, if executed correctly, reinventing old favorites could be quite a smart move. First off, television shows nowadays get cancelled left and right, some not even making it past the pilot, thus creating a reboot of a beloved show could potentially make the revival a ratings juggernaut and thus prevent cancellation. In a digital age, a television show also needs to have an immense presence in social media. When the Fuller House trailer was released, social media erupted, and the hype for the new show is all that people could talk about leading to both intrigue and high ratings upon http://www.cialisgeneriquefr24.com/tadalafil-nigeria/ its release. In addition to restoring ratings, these reboots create a sense of nostalgia for potential viewers. People who loved the show when it originally aired will tune in to revisit all of the memories they have associated with the show. Essentially, it is a time machine that will take the audience back to a certain time of their life while inspiring a new, younger generation to watch and hopefully fall in love with the show just as the older generation did. Many characters from original show will often be involved in the reboot in order to cater to the older generation’s sentimental purpose for watching the show. The show will also include new characters and plotlines for the new viewers to get acquainted with to ensure that they will not be behind with regard to information previously shared on the original show. 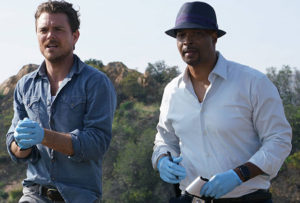 Doing a television revival can indeed be risky business. The cast and crew have the whole world watching them leading up to the big premiere. They want to give the original show justice as well as make the fans happy. Especially in today’s competitive entertainment industry, if the reboot of the show does not live up to audience’s standards, it is much easier for them to discuss their feelings towards the revival now more than ever. The use of social media can rip the show to shreds if it is not well-liked, and it may find itself over before it really even had a chance to begin. Tweets and posts can add up and could even potentially led to a cancellation of the television show. The premiere can also be a factor in whether or not the show succeeds. While the premiere ratings could be gigantic with many people tuning in to watch what will hopefully be an amazing reboot of their favorite show, the feelings of the general public towards this episode will eventually determine whether the show will succeed or be cancelled. It is this element of the unknown of viewers’ reactions towards the show that can cause the recreation of a popular original to be tricky. Either way, the fans will definitely be vocal and passionate about it, so the cast and crew can only hope that they only have favorable comments.

Thus, if done correctly, television reboots can be megahits. It is up to the cast and crew to decide the fate of the show. To quote the beloved Full House theme song, “Whatever happened to predictability?” Well, in today’s era of television, there, without a doubt, is predictability!