You are here
Home > Op/Ed > Using Social Media to #StopAsianHate 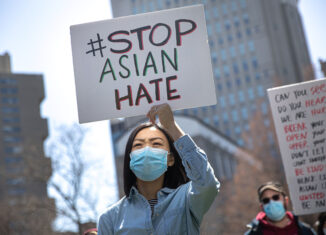 Following a series of hate crimes, Asian Americans turned to social media to mobilize and empower the most distressed members of their communities. This specifically took off on the morning of March 17th, after the heinous attack against the Asian community in Atlanta, engulfing social media with “Stop Asian Hate” messages.

A wave of attacks against Asian Americans, particularly the elderly, has placed communities on high alert since late January. An 84-year-old Thai immigrant died in San Francisco after being violently kicked to the ground by a 19-year-old man during his morning walk. A man allegedly pushed three people in nearby Oakland’s Chinatown, injuring a 91-year-old man, a 60-year-old man, and a 55-year-old woman. Outside a Vietnamese market in San Jose, California, a 64-year-old woman was robbed. There are many other incidents that go undocumented, because the majority of victims, older Asians, may not be familiar with the legal system or do not want to bring attention to their situation. Although it’s difficult to confirm that such attacks are purely motivated by anti-Asian sentiments, many activists and rights organizations claim they are, citing a history of targeted hatred since the coronavirus pandemic started. Many in the Asian community are calling the attacks “hate crimes,” citing prejudice and discrimination against Asians during the US’s continued fight with the coronavirus. Derogatory language, like “China virus” and “kung flu,” has contributed to this as well.

While anti-Asian bigotry has been a common problem recently, the breaking point for many came about on March 16th, when a series of shootings at Atlanta spas took place, killing 8 people, the majority of whom were Asian women. According to Cherokee County Sheriff’s spokesperson Howard J Baker, the shooter, Aaron Long, was arrested on March 16th after leading cops on a three-hour car chase. The insensitive attack prompted people on social media to express their support for the Asian community.

Asian Americans, feeling vulnerable and skeptical that authorities will not respond effectively to hate crimes, are using platforms like Instagram for more direct protection of their community. Following the Atlanta shootings, digital marketer Kenji Jones used his Instagram account to launch a campaign to distribute free pepper sprays and personal alarms to mainly elderly Asian Americans in New York. Jones earned $18,000 in three days, enough for nearly 3,000 canisters. Teresa Ting, a resident of Flushing, Queens, turned to Instagram stories after an attack in her neighborhood, suggesting that a group of community activists meet in groups of four on Flushing’s Main Street to defuse potentially aggressive interactions by using bystander intervention training. In just a few days, she assembled a group of 100 volunteers trained in nonviolent bystander intervention, a technique for de-escalating violent incidents, to patrol Main Street in groups for three hours each Saturday and Sunday and keep an eye out for potential hate crimes.

Not only are Asian Americans using social media to fight against the hate, but regular citizens and influencers are too. Many social media users have been posting bright yellow “Stop Asian Hate” infographics to educate their followers about the crimes that are often ignored and ways to stand in solidarity. Strong figures including Allure magazine’s editor-in-chief Michelle Lee and designer Phillip Lim have used the hashtag #StopAsianHate to express their personal experiences of racism and raise awareness. In the aftermath of the shootings in Atlanta, celebrities such as Rihanna, Pharrell Williams, Ariana Grande, Joe Jonas, Mindy Kaling, LeBron James, and others have taken to social media to provide support for those who want to help. Rihanna condemned the attacks on Asian Americans on Twitter, saying “What happened yesterday in Atlanta was brutal, tragic & is certainly not an isolated incident by any means. AAPI hate has been rampantly perpetuated & it’s disgusting! I’m heartbroken for the Asian community & my heart is with the loved ones of those we lost. The hate must stop.” Pharrell wrote, “Enough is enough. Last night was another instance of innocent lives lost to domestic terrorism. We must protect our Asian brothers and sisters… Stop Asian Hate now.” Leah Remini shared a post on Instagram directing fans to resources for donating to Asian communities, citing Atlanta Mayor Keshia Lance Bottoms’ speech about the Atlanta shootings. These are just a few examples of influential figures spreading awareness on social media to try to fight against the hatred.

So, how can you help? You can educate yourself on the wide Asian American experience, volunteer or donate to organizations, support your community, amplify Asian artists, authors, and activities, and lastly, you can speak up. Silence is violence. Use your voice and influence to #StopAsianHate. 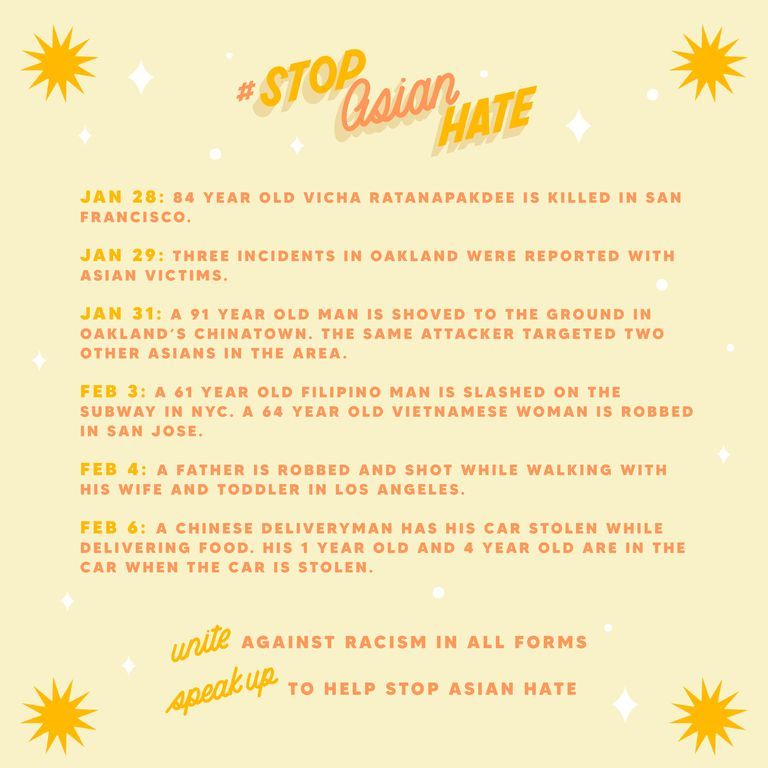