You are here
Home > School News > A Warm Welcome To Our New Assistant Principal, Mrs. Belfiore! 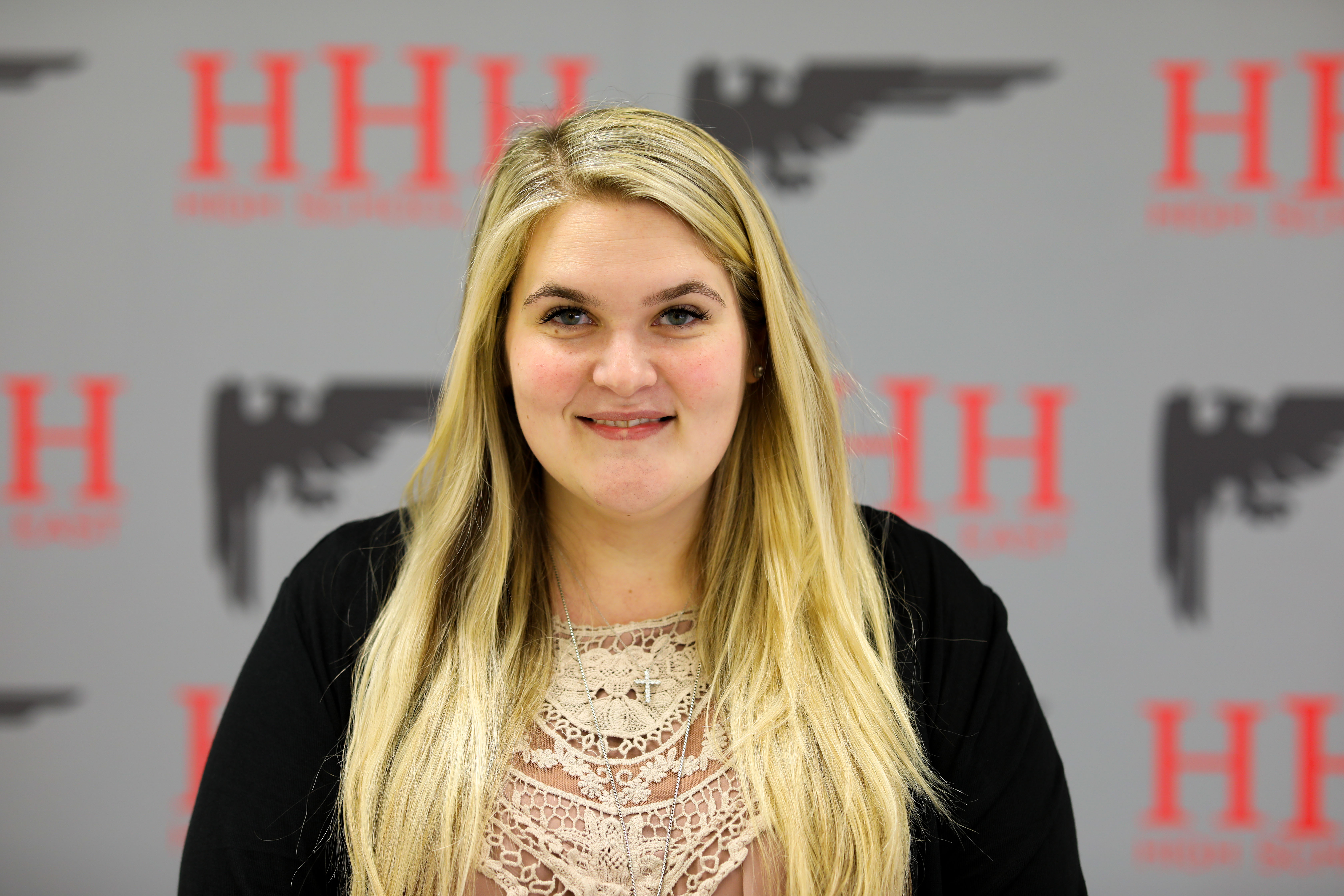 Congratulations again on your new role as an assistant principal. What was your initial reaction when you first found out/ accepted the position?

I was overjoyed- a little overwhelmed – but completely overjoyed. I see the transition as something that is natural at high school east as I initially started my teaching career here. When I first graduated with my masters degree, I student-taught in the district, had the opportunity to do a few leave replacements, and eventually became a full time teacher, so it feels like a natural progression into the world of administration here at East.

Do you miss teaching already?

Being an administrator is an extension of teaching. I still have contact with students as an assistant principal so I don’t miss anything just yet. I think as long as I’m in the building I’ll have that contact with the students.

As a kid, did you ever see this job in your future?

No actually, I did not. I didn’t even think I was going to become a teacher. I didn’t have any interest when I was in high school. Originally, I had gone to Stony Brook University as a pre-med student, and as I was applying to medical school, I realized that I was in love with  teaching.

I don’t really watch TV often but when I do it’s probably a documentary. I recently watched a docu series on HBO Max called Chernobyl.

Do you think your transition to assistant principal during the middle of the year was more challenging?

I think there definitely are challenges coming into the job mid-year but I think it is different for me because I already know the building, the teachers and staff, and of course, the students. I think this helped to make a smoother transition for me.

What made you want to take change in your career path?

I started to pursue a degree in educational leadership when I realized there was a need for some changes in the educational system. I would really like to see a push for more equity throughout our nation’s educational system. As an administrator, I believe I have more ability to make some of the needed changes.

If you could change one thing about the educational system what would it be?

First, I would push for more equity within the system and modify the curriculum to reflect some of our societal needs. I’d like to focus on developing students into well-rounded individuals who not only excel academically, but who also have character and a moral compass. I believe that character building is extremely important and we need to focus on creating good-natured, empathetic, and kind individuals.

What are you most looking forward to in this position?

Honestly, I’m looking forward to new challenges as well as having the ability to have a voice in decision making that impacts our students and school. I’d like to be a part of the changes that are being made to reflect our current society – that is something that I am really looking forward to in this position.

I am very excited to have this opportunity and I am thrilled that this next stage of my career is still at High School East.