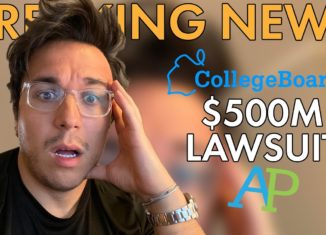 This year’s AP exams were administered online due to the Covid-19 outbreak. The exams were adapted to a shorter version, some with two free-response questions and others with one essay based question. While many students were glad that they had the ability to take the exams from the comfort of their home after a year’s worth of work, others were upset when there were technical issues the day of. Many students had trouble submitting their work or the internet failed them during the exam. This led to many upset students and parents as there originally was no backup submission put in place. They were simply told to report any issues to the College Board to receive a makeup in June. After the first week of APs, the College Board allowed the second wave of exams to have a backup email submission that way students who couldn’t submit online could submit through email without having to take a makeup. However, due to the time in between the first wave of exams and this new backup method, students who struggled the first week were unable to submit through email and are now required to take the makeup. It was not long before the College Board was being sued for the failure of submission by many students of this year’s AP exams. Students whose AP exams could not be submitted filed a $500 million federal class-action suit against the College Board. The suit seeks to require the College Board to score the answers of those who had trouble with submission. “The College Board rushed ‘untested’ AP computerized exams into the marketplace in order to preserve the testing company’s largest revenue-generating program after schools shut down this spring, even though they were warned about any potential access, technology, and security problems,” said Robert Schaeffer, FairTest’s interim executive director. “Even if only 1 percent of test-takers could not transmit their answers because the College Board’s technology was not ready for prime time, at least 20,000 students were affected” (InsideHigherEd.com). The College Board claims that when surveying students across the country, 91% reported a desire to take the exams online. They say they will fight this lawsuit head-on and strive forward to continue to provide students with an advanced education program.