You are here
Home > World News > How Secure is Too Secure? FBI vs Apple 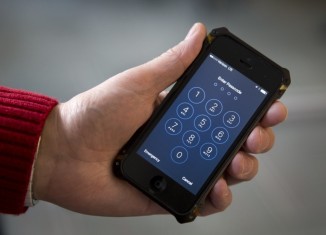 By Morgan Fishbein and Nicole Shanker

On December 2, 2015, 14 people were killed and 22 were seriously injured in a terrorist attack at the Inland Regional Center in San Bernardino, California, which consisted of a mass shooting and an attempted bombing. This attack was both unexpected and insane, striking very close to home for a lot of people. An iPhone belonging to Syed Farook, one of the shooters, was found by the FBI. The FBI received a court order directing Apple to help break into the iPhone owned by Syed Farook, and Apple refused to agree to terms and unlock the phone for the FBI. This fight has sparked a much broader debate that questions the responsibility of tech companies, like Apple, to comply with law enforcement while maintaining the privacy and security of their customers. The NSA (National Security Agency) is trying to stay out of the Apple and FBI argument because they handle this technology very differently.

Apple is now embroiled in a battle with the FBI over this one iPhone previously owned by a dangerous terrorist and now potentially a key piece of evidence in a terrorist attack. The two sides are involved in an ongoing court case over Apple’s refusal to comply with the February 16 order that demanded that the tech giant build custom software to help the FBI break into the phone. Because Apple won’t decrypt the phone, the FBI wants the company to upload a modified OS that disables the 10-attempt limit and permits electronic entry. The dangerous shooter used a 4-digit passcode to lock the phone, so the new software would allow the FBI to quickly go through the 10,000 possible combinations. With both Apple and the FBI refusing to back down in what is turning into a complicated legal battle, unraveling the realities from the rhetoric has proven difficult.

Both the FBI and Apple agree that nothing is more important than the safety of the customers, but in this case, one of those customers is responsible for a tragic act of terrorism.  The two are still trying to come to an agreement about the security of this particular iPhone, and the controversy over security has expanded into the general population. Only time will tell if the FBI and Apple can come to terms that will help both parties accomplish their overall goal – to protect people.

**UPDATE: As of March 28th, the FBI took matters into their own hands and, through the use of their own abilities and technology, they “broke into” the phone. It has not yet been revealed exactly what information they were able to extract.**