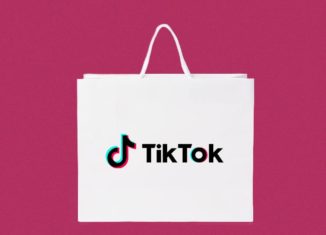 Just when social media influencers were feeling down about Instagram’s potential riddance of “likes”, the short-form video app TikTok swooped in to save the day.

TikTok recently confirmed that it is testing out shoppable links that can be added to user bios or even uploaded videos. The reveal was made via Twitter by TikTok engineer Fabian Bern, where a photo shows that TikTok user “Huxley the Panda Puppy” has links to Pandaloon costumes in both the user’s bio and in a video. If another user taps on the link in the video, displayed next to a shopping cart image, the user is brought to the Amazon page where the costume is sold.

TikTok isn’t the first app to see the value of social commerce opportunities. Two of its rivals, Snapchat and Instagram, have both found ways to explore monetization, drawing in many of the large influencers and the traffic that follows. Instagram allows people to make in-app purchases, while Snapchat enables people to use “buy now”, “install now”, and “watch” buttons to make purchases. TikTok addresses their own upbringing of social commerce, by saying, “We’re always experimenting with new ways to improve the app experience for our users. Ultimately, we’re focused on ways to inspire creativity, bring joy, and add value for our community.”

According to an article on mobilemarketer.com, TikTok has 26.5 million active U.S. users, and according to engadget.com, the app encompasses 500 million users in total. There is plenty of room for influencers to take the app by its horns, as it is only first peeking at the idea of large scale e-commerce, unlike Instagram which is currently facing issues of overcrowding. TikTok has the benefit of a large demographic between the ages of 16-24, a group that is known to love experience and online shopping. This gives TikTok an even greater motive to experiment with shoppable features.

Now, you may wonder: “What is the big deal about social commerce?” More now than ever before, e-commerce is the way that both consumers and big brands are headed. Social media outlets are constantly trying to provide the best platform possible for advertising and online shopping. Now, it’s TikTok’s turn to enter the race.