You are here
Home > Entertainment > Back to the 60’s: Hairspray Live! 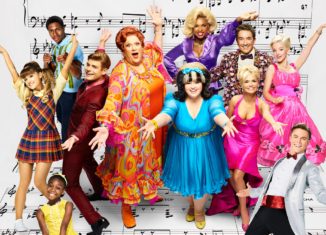 On December 7, 2016, NBC presented an incredible live showing of the famous Broadway musical and popular film Hairspray. Everybody is familiar with the classic story of Tracy Turnblad, an unpopular teenager who attempts to become a star on television while speaking out against racial segregation. Not only are audiences in love with the story of Hairspray, but they can never seem to get the catchy and upbeat songs out of their heads. As 2016 came to an end, people were able to rekindle their love for Hairspray as they watched their favorite actors and actresses reenact the story live on television.

Many were anticipating the premiere of the show mostly because of the amazing, star-filled cast. Many well-known celebrities, including Ariana Grande, Kristin Chenoweth, Jennifer Hudson, Derek Hough, Harvey Fierstein, and Dove Cameron, were all part of the production. While it was great to see familiar faces on the screen, it was even better to see Maddie Baillio playing Tracy Turnblad, the beloved protagonist. Hairspray Live! was Baillio’s first appearance on television, and I thought that she portrayed her role perfectly. It is hard to think that someone with so little experience on live television was able to pull off such a well-known character. Along with the characters and their personalities being so similar to the original production, so were the songs. The notable songs from the earliest productions of Hairspray including “Welcome to the 60’s,” “You Can’t Stop the Beat,” “Ladies’ Choice,” “Nicest Kids in Town,” and “Mama I’m a Big Girl Now” were all included in Hairspray Live!

In this new rendition of “Mama I’m a Big Girl Now,” Disney Channel star, Dove Cameron, definitely showed off her singing talents. Being placed with Maddie Baillio and popstar, Ariana Grande, Dove held her own and truly showed what she was made of. Derek Hough and Kristin Chenoweth both did amazing jobs at portraying their roles of Corny Collins and Velma Von Tussle. I feel that these two were perfect choices to play these roles. Lastly, Jennifer Hudson and Ariana Grande’s duet right at the end of the show was one song that will be remembered forever. Having these two fantastic performers sing together was a great way to finish off a great show.

Finally, it was great to see a reappearance of Ricki Lake and Marissa Jaret Winokur in the rendition of “Welcome to the 60’s.” Lake played the role of Tracy Turnblad in the 1988 original movie Hairspray, and Winokur played Tracy in the 2002 Broadway show. I love how the producers invited the original actresses to be part of the live show.

Everyone who played a part in Hairspray Live! did an excellent job in recreating the campy 1980’s classic. The characters, songs, sets, and live audience all helped to make the show memorable. If you have not seen the production yet, I recommend you go and watch it NOW!