You are here
Home > Entertainment > Kid Cudi Returns with “Man on the Moon 3: The Chosen” 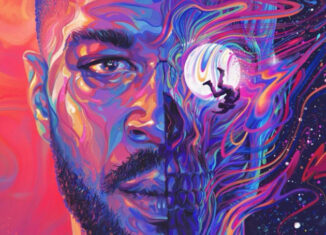 When Scott Mescudi came into the music scene with his first commercial album “Man on the Moon: The End of Day,” people were blown away by the sheer honesty and vulnerability presented in his lyrics and storytelling. This album represents Scott’s battle with mental illness and sends a comforting message to anyone dealing with similar struggles that they are not alone. The album deals with depression, substance abuse, and various other struggles that many people have had to deal with in their lives. Kid Cudi is seen today as a hero to the youth and a spokesperson for mental health. On the Arsenio Hall show, he said, “All I wanted to do was help kids not feel alone, and stop kids from committing suicide.” He has been successful in his endeavor as he has helped make mental health a topic discussed openly in pop culture and in music especially. The self-proclaimed “Leader of the Delinquents” impressively kept the same lightning in a bottle with Man on the Moon 2: The Legend of Mr. Rager. Throughout his career, he has put out a great deal of work, simultaneously staying true to himself and his message. This still holds up with the third installment of the Man on the Moon series, Man on the Moon 3: The Chosen.

On the projects’ first song, Cudi says “just back just where I started, it’s the same old damaged song…” He’s fully back in the Man on the Moon spirit, but it happened in a more natural way than you may expect. In an interview with Zane Lowe, when talking about his other two projects that are currently in the works, Entergalactic, an album which will have an animated Netflix companion piece, and The Scotts, a joint album with Cudi-inspired superstar Travis Scott, Cudi states, “I was making something else that didn’t fit those two projects, and I think after two or three songs I was like woah–this really feels like a Man on the Moon…This is what the universe is telling me to make…”

The album has a good, small, and varied feature list, ranging from indie artists such as Phoebe Bridgers all the way to Drill-rappers Pop Smoke and Skepta. This works very well because of the different moods portrayed in this project. Many of the tracks in the first half of the album, such as “Another Day,” “She Knows This,” and “Show Out,” serve as fun, party anthems, while songs like “The Void,” “Sad People,” and “Mr. Solo Dolo III” are introspective and emotional. He also acknowledges the personal relationship he has with his fans on songs like “4 da Kidz” and “The Void.” When asked about this connection to his fans, he says, “Feeling alone? Just know you are not…we won’t leave you alone,” and “Thank you for listening. Thank you for never leaving me. It’s gon’ be okay, I promise you.”

Man on the Moon 3: The Chosen serves as a perfect finale to Kid Cudi’s legendary series that truly feels epic and cinematic. Mixing modern trap influence with his signature emo-rap style makes for something that feels both modern and nostalgic. I give Man on the Moon 3 a 9/10, for impressively combining old and new, beautiful production, and overall great songs that have been on repeat for me ever since its release in December of last year.

Photo courtesy of Via Republic Records, artwork by Sam Spratt