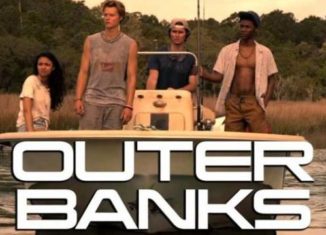 With all this time in quarantine locked up at home, Netflix is keeping viewers busy with tons of new releases. The latest and hottest Netflix show for teens is Outer Banks. This one season, ten episode show has viewers at the edge of their seats during every episode. The plot follows a group of teenagers in the Outer Banks of North Carolina who are called “Pogues”. These teens are determined to find out what happened to the missing father of the group’s ringleader, John B. Along the way, they discover a legendary treasure that is tied to John B’s father, and the adventure escalates from there. It’s packed with action, suspense, love, and conflict. I highly recommend watching this show during quarantine. When I was watching it, I almost felt as if I was a part of their world and going on the adventure with them. This really took my mind off of the current situation we are in right now. After watching it, I followed the cast, and it was so cool to see how tightly knit the group is even off set. Unfortunately for those of you who may have already watched it, there is no official word yet on whether Outer Banks will be renewed for a second season. Normally, Netflix looks at the viewing figures over the first month of a new show’s release in order to make a decision about renewal. So go and watch it! I promise it’s worthwhile! Fans have even gone so crazy over it that they made websites selling replicas of the outfits all the characters wore so fans can buy them. Outer Banks has even reached the Tik Tok world with tons of sounds with the characters’ voices. All in all, this show is a great coming of age mystery packed with drama that will leave you wanting more!