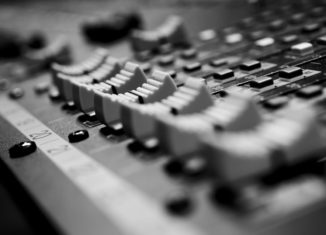 The definition of underrated is to underestimate the extent, value, or importance of (someone or something). I’ve recently been fed up with politics and greediness that are correlated with the music industry and mainstream music; so I have made it a goal of mine to try and find new artists that are still gaining traction and could be considered “underrated” by the mainstream. Below I’ve compiled a list of artists that I am currently listening to that you should look into.

BØRNS is a singer hailing from Michigan, but now calls Los Angeles home. BØRNS dips into a plethora of genres when creating music, which makes each and every song new and unique. Genres include indie pop, psychedelic pop, alternative rock, and synthpop. BØRNS brings a new adrenaline to the pop music scene. Songs to start with: Electric Love, Seeing Stars, 10,000 Emerald Pools

Louis the Child is a music duo from Chicago. There music is a mixture of electronic, future bass, and pop. Their first single, It’s Strange, was applauded by Taylor Swift and was then featured on the FIFA 16 videogame soundtrack. They then opened up shows for Madeon and The Chainsmokers. Louis the Child’s music draws from ODESZA, Flume, and Porter Robinson. The duo is now touring and will return home to Chicago to perform at Lollapalooza. Songs to start with: It’s Strange, Fire, Weekend, Love is Alive

Khalid is a 19 year old artists who calls El Paso, Texas home. Khalid displays a style consisting of chill hip-hop with slow, mellow beats, which would remind one of a Gallant or Frank Ocean song. Khalid has yet to release an album, but has released many singles. However, fans think he will be dropping his first album very very soon. Khalid’s vocals are amazing and pair perfectly with his beats and instrumentals. Khalid brings a breath of fresh air to chill hip-hop. Songs to start with: Location, Saved, Coaster, Let’s Go, Hopeless.