You are here
Home > Humans of Hills East > Xinwen Zhang 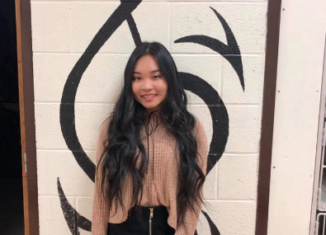 “I was born in China, and my parents left me there when I was about eight months old. They came to the United States to open up a restaurant, so I lived with my grandparents in China. I vaguely remember that my parents came back to visit once, but it was like meeting a stranger. I didn’t really know them that well, so it was a little bit awkward. When I was eight, I got on a plane to Arkansas by myself. It was scary but the flight attendants helped me. Meeting my parents and brother was really awkward at first because I had lived all of my life without them, and now I had to get to know them while adjusting to life in a foreign country, not knowing a word of English. Luckily, It was pretty easy to learn, so I caught on quickly. People in Arkansas were really nice, so I was devastated when I found out that I had to move again to New York right before ninth grade. I feel like, in the end, it was the best decision because the opportunities here are endless. I’m glad I moved. It took a lot of getting used to, but I am so lucky to have met all of my friends here. A lot of it is due to Doctor McRoy. Music has been the only constant in my life because I was in chorus in China, in Arkansas, and now here. Music has kept me sane.”