You are here
Home > Op/Ed > Charlottesville: A Reflection on the Past to Ensure a Better Future 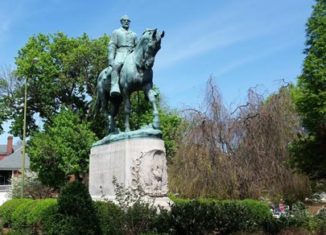 Charlottesville. Seemingly overnight, the small college town in Virginia’s Shenandoah Valley catapulted into the forefront of the issue of race in America as it played host to one of the most repugnant and revolting displays of white supremacy in modern history. The hate spewed and death suffered there will forever be a blemish on the complexion of our nation. The equivalence drawn by our president between the worst, most fringe and nauseating elements of our country and those that stood up in support of unity and understanding, in the face of such elements, is appalling.

The city of Charlottesville was no innocent bystander in all of this. History repeats itself, and what goes around comes back around. Charlottesville and the University of Virginia were both constructed on the backs of Thomas Jefferson’s hundreds of slaves. From the University’s own website, “slavery was an integral component of the University starting with its construction and continuing into the Civil War.” For the President of the University of Virginia to credibly state that the groups protesting “express beliefs that directly contradict our community’s values of diversity, inclusion, and mutual respect” without even once addressing the University’s own racial history is hypocritical and unacceptable.

Heather Heyer was a 32 year old paralegal who was violently and brutally killed by James Fields in an unmistakeable act of domestic terrorism during the riots; Fields rammed his car into a large crowd of counterprotesors as more than 20 people were injured in total. Heyer, and all of those who came to fight against the forces of evil in Charlottesville, are heros.

The changes which have resulted, and continue to result nationwide from the riot are noteworthy. The taking down of Confederate statues and memorials is a good first step; nobody who was willing to lay their life on the line and fight to create a new nation in order to preserve the horrific institution of slavery is worthy of public recognition. That is not to say that history should be wiped clean and forgotten – those figures simply belong in textbooks and not public parks. As a nation, we now have a responsibility to flip the page on Charlottesville, on racism, violence, and hatred. We must remember the events that took place so that we can learn from them, but we must also move on so that we can continue bettering ourselves and each other.