You are here
Home > Op/Ed > Cheating is Never the Answer: The College Admissions Scandal 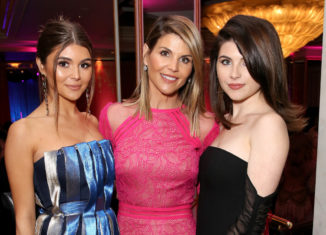 The entire scandal centered around William “Rick” Singer, who made $25 million dollars off of this profitable, but extremely illegal business. Singer was able to guarantee high school seniors admission into the colleges of their dreams, and he did so in many different ways. On the academic side, Singer would either fake doctors’ notes to get students unlimited time on the SAT/ACT exams or have proctors change answers on the exams. When it came to athletics, Singer bribed college coaches to recruit students for sports they have never played. He even used photoshop to create fake photos for the coaches of these “athletes” participating in their respective sports. He used these tactics, and others, to get his clients into top schools including, but not limited to, Wake Forest University, University of Southern California, Stanford University, Georgetown University, and Yale University. He created a fake foundation called the “World Key Foundation” to illegally launder the money. Singer has been charged with money-laundering conspiracy, racketeering conspiracy, conspiracy to defraud the United States, and obstruction of justice.

The fifty charged, in addition to Singer, were businessmen, CEOs, lawyers, and actors. Some paid up to $6.5 million dollars to ensure their child’s acceptance into their dream college. Two of the most known names are Full House actress Lori Loughlin and Desperate Housewives actress Felicity Huffman. Loughlin paid Singer $500,000 to have her two daughters recruited for the University of Southern California crew team, regardless of the fact that neither of them has ever done crew. Huffman paid $15,000 to ensure that a proctor from Singer’s business administered the SAT exam thereby giving her daughter an unfair advantage.

As a high school senior, I found this story extremely riveting. In the past, parents have donated to colleges with the hope that their child will be accepted to the college of their dreams. However, acceptance, in these cases, was never a guarantee. This newest scandal is a completely different story. Parents have illegally and immorally cheated the system to get their students into colleges thus taking a spot away from another student who is most likely more deserving. I am on track to attend Tulane University in the fall, and I know was accepted the legal and fair way. I spent four years working hard to ensure good grades, acceptable standardized testing scores, and a resume of activities that would impress those reading my application. I fostered good relationships with teachers and advisers, and I wrote an application essay of which I am very proud. I was accepted into Tulane University on my own accord, and I will proudly stand by that for the rest of my life.

When the news broke of this scandal, I found it incredibly disheartening, in part due to all of the hours and hours I spent studying and preparing for my chance to apply to the college of my dreams. It is extremely unfair that students get automatic acceptances to top colleges without doing any work. Taking entrance exams, like the ACT/SAT, was an extremely stressful time, and it is disappointing, to say the least, to watch students fake diagnosis for extra time. In addition, this scandal reveals a lot about wealth inequality issues facing our nation. It makes students feel that their worth and knowledge is fatuous due to the fact that another student was born privileged. There are ways to use wealth wisely, but cheating and lying is never the answer. At each college and university, each and every spot in the incoming freshman class is something for which thousands of students strive. This scandal highlighted something that we have all, unfortunately, suspected to be true for a very long time: that money and status can easily take a spot away from a more deserving, yet less fortunate student.

To all HHH juniors: do not let this scandal undermine the hard work you have put in over the past three years and will certainly continue to put in up until that moment that you receive your diploma in June of 2020. Do not let the college process define you. Keep working hard and you will achieve your goals! College is supposed to be a place where we can all learn and grow. I hope that this scandal highlights all of the flaws in the college process and changes are made to ensure true equity for all. Those who participated in the scheme are in the process being tried for their crimes, and their punishment is pending.