You are here
Home > Op/Ed > The English Language: Contemporary Edition 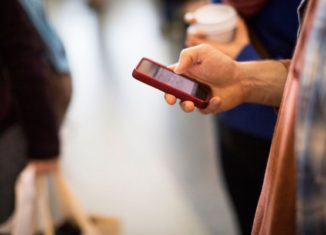 The Old English language of the Anglo- Saxon era was filled with Germanic vocabulary; it would be virtually unrecognizable to an untrained speaker of English today. However, during the Norman Conquest, Old English became a dying dialect as Middle English proliferated from 1066 to 1450. Then, the well-known Early Modern English of Shakespeare’s writing developed. However, some of the most frequently asked questions by students studying Shakespeare include “Why would he write this way?” and “How could anybody understand him?” The answers are quite simple: he wrote using using words such as “hath” because that was how people spoke during his time, and people understood him because that was how people spoke during his time. However, the days of biting thumbs at people ended with the development of Late Modern English, which leads to the the subject matter at hand: do we still utilize Late Modern English, or do we now write and speak with a new form of English, henceforth referred to as “Contemporary English” – a language filled with abbreviations, implied punctuation, acronyms, and new words, alike.

Without argument, debate, or quarrel, it is clear that millennials simply do not speak in the same way as their parents and their parents before them. When discussing manners in Late Modern English, the founding fathers of the United States, such as Thomas Jefferson, would carefully and eloquently compile their words on parchment, utilizing metaphors and terms of speech that are quite different from what is seen today. For example, the United States Constitution, written in Late Modern English by the leading intellectuals of the late 18th century says, “No Person shall be a Representative who shall not have attained to the Age of twenty five Years, and been seven Years a Citizen of the United States, and who shall not, when elected, be an Inhabitant of that State in which he shall be chosen” (US Const. I. II). While it must be taken into consideration that this document was written by intellectuals who were schooled at reputable institutions, such as Princeton University for James Madison, “The Father of the Constitution,” the differentiation between today’s dialect and that of 250 years ago certainly substantiates the claim that today’s English is no longer Late Modern, but rather Contemporary. If Article I of the Constitution were to be written today, would it not just say “A representative must be twenty five years old, a citizen of the United States for seven years, and an inhabitant of the state for which he serves”?

Furthermore, the establishment of the practice of texting with abbreviations and without punctuation must be discussed. In contemporary society, especially in New York, people are always in a rush to get where they need to go and do what they need to do as quickly as possible. For this reason, children and adults, alike, have almost entirely shifted away from texting with the rules of grammar and spelling in mind. In fact, almost everyone under forty years of age fails to write out words in their entirety, substituting words with letters such as “bc”, “w”, “lol”, “btwn”, “tmrw”, and more. These universally known abbreviations, however, while quite colloquial in nature, have begun to be used for more than just colloquial communication. A common phrase by teachers at the high school level before each essay is, “Make sure to write full words, this is an essay. You’re not making plans for the weekend!” However, even with this forewarning, students utilize these abbreviations in the most formal of their writings either because they are used to writing this way or just because it is easier to do so. If these students are the next generation of leaders, does that mean that these students will one day learn to pen formal documents as their parents do today, or does it mean that the colloquial speech of today will evolve into the formal speech of tomorrow?

The question of this development, however, is important for more reasons than just those which meet the eye. For example, when an English exam asks students to be mindful of spelling and grammar and to practice all the rules of “Standard Written English,” the question is proposed of whether or not these rules are truly the same as they were during the age of Late Modern English. The argument is not that English has drastically changed within the past decade, but rather that, overtime, the language has changed enough that it must now be given its own denomination in history. This idea does not stop at just text or written language; individuals use words such as “yurd” in place of “you heard” and “ship” in order to describe the support of a relationship in everyday speech. While the meaning of “yurd” may be deduced, if you don’t know what “ship” means when someone says “I ship that,” then it’s very difficult to understand the meaning of the sentence. Just like the students of today need to decode Shakespearean text, would not Thomas Jefferson have to do the same for contemporary rap music?

It is argued that the Late Modern English of the founding fathers and their near posterity has undergone transmutation over time. As new inventions have been created and a new cultural order has arisen, it is impractical to say that language, too, has not evolved. Society today is in the largest state of flux it has ever experienced. As the the United States rapidly progresses, so will the language it speaks. The days of “hath,” “anon,” “sooth,” and Shakespeare and the days of “thou,” “thus,” “thine,” and Puritans in Massachusetts are now over. A new age has begun, and with this, the new language of Contemporary English has been born.