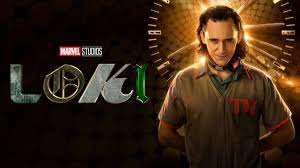 Loki expands Phase 4 of the Marvel Cinematic Universe (MCU) by introducing the Multiverse. Released on June 9th, Loki is the 3rd show from the MCU to be broadcasted on Disney+, following Wandavision and The Falcon and the Winter Soldier. The show contains 6 episodes, each around 50 minutes long, and it will return for another season, possibly coming in 2023. Loki, played by Tom Hiddleston, is the God of Mischief and a prince of Asgard. In past MCU films, Loki was the main antagonist who wanted to conquer kingdoms and rule his empire. However, this show brings a new positive light to Loki, introducing a very different version of him that was never seen before. The show combines fun action scenes with heartfelt moments about Loki’s personal life. Kate Herron, the director of Loki, says, “I think that [the show] is about self-acceptance. You got a character who doesn’t know how to change and grow. And we have this amazing story that’s actually about coming to terms with who you are.” The first episode starts right after the event in Avengers: Endgame where Tony Stark accidentally drops the Tesseract during the time travel sequence and Loki picks it up. This triggered a “nexus event”, an event that causes a split in the timeline, and formed a variant of Loki. Later on, viewers are introduced to the Time Variance Authority (TVA) which controls all space and time, as well as Agent Mobius, Judge Ravonna Renslayer, and a Loki variant, Sylvie. The plot progresses as Mobius assigns Loki as his partner to stop Sylvie from reaching the Time-Keepers, the leaders of the TVA. Somewhere along the way, the two Loki’s unite and start working together. However, throughout the show, Loki starts to fall for Sylvie, another version of himself. They team up with Mobius and end up reaching the Time-Keepers, but it is not what they had expected. To their surprise, the Time-Keepers they had found were just robots; there was another one out there. Unfortunately, Loki, Sylvie, and Mobius get pruned, or zapped, and get sent to The Void which is a purgatory state that is near the end of the timeline. In The Void, they discover multiple variants of themselves and a giant cloud monster called Alioth. They find out that the real Time-Keeper is named He Who Remains and resides beyond The Void, but the only way out is to defeat Alioth. After a suspenseful fight scene, Loki and Sylvie successfully beat Alioth and escape The Void to meet He Who Remains. He offers them a proposition: either kill him and unleash the multiple universes that will cause immense chaos or take over his position as a Time-Keeper and keep the TVA in order. Loki tries to convince Sylvie that it’s not worth killing him, but Sylvie sends Loki back to the TVA and kills He Who Remains. Immediately, this action causes multiple branches of the timeline, which establishes the foundation for Phase 4 of the MCU. Also, it is important to note that He Who Remains is a variant of Kang the Conqueror, a mighty villain that will appear in upcoming MCU movies. Critics and Marvel fans alike have raved about Loki since its release date, so it’s undeniable that you should watch it. It is a classic, yet unique take on a Marvel superhero. I can’t wait for what other productions Marvel has in store for us in the future!