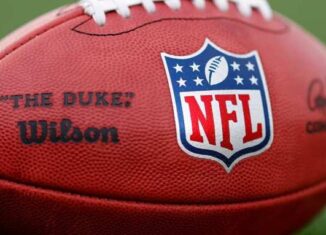 We are heading into another NFL season but this season is again different from every other season because we are still dealing with the COVID-19 pandemic. The NFL continues to take many precautions to monitor and limit COVID from affecting players, coaches and staff. The NFL will test all players and continue the same COVID protocols used last season. It is the hope that applying these protocols will prevent players from getting COVID. By limiting player’s exposure to COVID it will give players the opportunity for more playing time and keep the season on track.

With the NFL season set to kickoff at Raymond James Stadium in Tampa Bay, Florida, the Dallas Cowboys will take on the defending champions the Tampa Bay Buccaneers. The Bucs are looking to defend their championship with their future hall of fame and 7 time champion quarterback Tom Brady and his tight end sidekick Rob Grownkowski. The Cowboys are looking to have their franchise quarterback Dak Prescott return from his gruesome season ending ankle injury. The Cowboys also have added key players to their defense, including Micha Parsons, their first round draft pick who adds strength and talent to the defensive side of the team.

In Week 1 Baker Mayfield and Odell Becham Jr. of the Cleveland Browns take on Patrick Mahomes and Travis Kelce of the Kansas City Chiefs.  The Chiefs look to take their talent back to the super bowl and to win their second championship in three years. The New York Jets, Chicago Bears, San Francisco 49ers, New England Patriots, and Jacksonville Jaguars all intend to show off their new young stars. Rookie quarterbacks Zach Wilson, Trevor Lawrence, Trey Lance, and Mac Jones will all start week 1. Mac Jones will replace Cam Newton as the Patriots starting quarterback. Bill Bellicheck, the head coach of the Patriots, believes Mac Jones will be “the guy” just like Tom Brady to lead the Patriots to the Super Bowl. The Bears Will have veteran quarterback Andy Dalton start over Justin Fields.  Chicago fans will be upset and confused by the team’s choice of quarterbacks because Justin Fields displayed a noteworthy performance in the preseason.

Not only will rookie quarterbacks be in the spotlight but teams plan to showcase their new receivers. The Tennessee Titans are excited to show off their new addition to the team in veteran receiver Julio Jones.  Together, Julio Jones and A.J. Brown will make up one of the best receiving cores in the league.  The New York Giants also signed a key receiver this offseason. The Giants picked up Kenny Golladay from the Detroit Lions to give Daniel Jones another  target to move the ball down the field.

The NFL has also implemented a 17 game season. The NFL previously had a 16 game season, but added an additional game presumably to generate more revenue.  However, a 17 game season will give players more opportunities to gain more yards, catch more balls, block more kicks, and have more tackles. Not to mention one more game this season is great for the fans; who does want to watch another football game?

The NFL is trying to get back on track and make this season like seasons of the past,  allowing most stadiums to seat their full capacity of fans. Remember it’s the fans that really make each game exciting. The fans bring the energy and help the players perform to their best ability. This season will be fun and exciting! Fans across the country are all excited to watch their favorite teams try to make it to the Super Bowl.