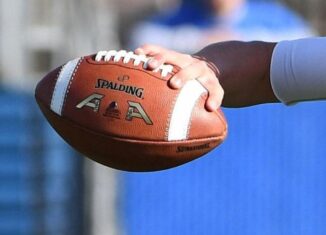 The start of a new school year is usually a time of excitement and fun as the weather gets cooler and fall begins. Many students look forward to participating in and watching their schools compete in fall sports. Unfortunately, things might look a little different this year due to the unprecedented times of the coronavirus. School administrators have been faced with the tough decision of whether to continue to pursue sports in the fall or not. While everyone loves to watch their schools face off head to head in sports, the health and safety of students must be put first.

As of the last week of August, Nassau County decided to cancel its fall sports season due to the unsafe circumstances surrounding the pandemic. While this decision was predictable, Suffolk County did not initially take the same steps as Nassau, hoping to begin their fall season on September 21. It would be expected for all of Long Island to make a coherent decision at the same time, but this did not happen. However, Suffolk ultimately decided to follow Nassau’s lead a few weeks later. All Long Island high schools are currently planning to postpone their fall sports to be played in January and February while postponing winter and spring sports until later in the school year. Hopefully, by this time, students will be able to attend school fully in person and school extracurriculars, such as sports, will be able to continue as currently planned.

If sports do occur later in the year for both counties, protocols will be very different for high school athletes this season, and there will be several new rules and precautions in order to prevent the spread of the virus. Athletes might have to wear masks during play, social distance while not directly on the field or court, or even get regularly tested for COVID during the sports season. While our worlds have been turned upside down since March, hopefully getting back to sports later in the year will bring some normalcy and joy back into the lives of Long Island student-athletes.