You are here
Home > STEM > Could a Diabetes Drug Possibly Fight Alzheimer’s Disease? 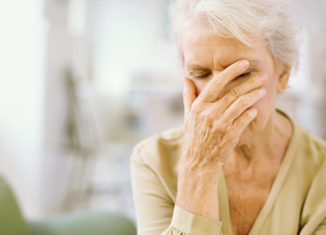 Type 2 Diabetes (also known as “adult onset” Diabetes), which inhibits the body’s regulation of blood sugar, affects about 20 million people in the U.S., and 5.4 million Americans have Alzheimer’s Disease, an incurable neurological condition that destroys memory and cognitive functions. An unexpected link has been found between these two through a drug called metformin. Metformin is a cheap drug (a month’s supply costs $4 at Walmart) that is the primary treatment for managing blood glucose in diabetic patients. A team of scientists, led by Qian Shi at Tulane University, studied 6,000 diabetic veterans and found that the subjects who used metformin for over four years had developed Alzheimer’s disease at a quarter of the rate of other subjects who used insulin to treat their diabetes. Insulin is typically a more intense treatment than metformin for diabetes that accounts for the pancreas’ poor production of a hormone necessary to regulate blood sugar. Suzanne Craft, a neurologist at Wake Forest School of Medicine, says there is a link between Alzheimer’s and low sensitivity to insulin in the brain. Under this hypothesis, metformin is highly likely to be better for managing waste and homeostasis of blood fluids in the brain and leads to less buildup of amyloid plaque and tau protein entanglement: the two major markers of Alzheimer’s. Experiments on mice at Toronto’s Hospital for Sick Children and human clinical trials at Massachusetts General Hospital, run by Steve E. Arnold, have both shown that metformin stimulates improved memory and neural metabolism. Arnold hopes to measure biomarkers of Alzheimer’s Disease and conduct an extended two year clinical study of metformin’s efficacy. However, Arnold notes the problem that companies are reluctant to fund such research since there is a lack of profit motive because metformin is such a cheap drug. Hopefully, metformin could be found to be beneficial to patients with Alzheimer’s or other neurological conditions through further investigation.