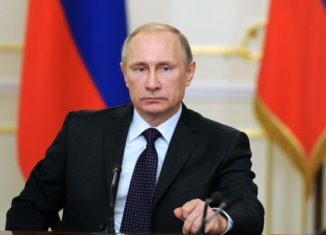 There is no doubt that the outcome of the 2016 Presidential election was a shock for many. Once then President-elect Donald Trump was named the winner of the election, speculations about Russian election hacking began to emerge. Consequently, the Obama administration took unprecedented action to retaliate against the cyber-based activities that Russia likely undertook to influence one of the most controversial elections in United States history.

A statement from the White House said, “Russia’s cyber activities were intended to influence the election, erode faith in US democratic institutions, sow doubt about the integrity of our electoral process, and undermine confidence in the institutions of the US government.”  In late December, the Obama administration sanctioned Russian intelligence officials, ordered 35 diplomats to leave the country, and shut down two Russian facilities located in New York and Maryland, according to CNN. The United States government sanctioned two Russian intelligence services, the GRU and the FSB, four officers of the GRU, and three companies that evidently supported the endeavors of the GRU. Two Russian individuals were also sanctioned for initiating the misappropriation of funds and identification information, as stated by CNN. The diplomats who were ordered to leave, as well as their families, were allotted 72 hours to leave the country. Also, White House Homeland Security adviser Lisa Monaco explained that the two facilities located in the US collected intelligence, but did not have any direct involvement in the election hacking. Russia responded to the actions of the United States by closing the Anglo-American School of Moscow and the US embassy vacation house near Moscow.

On the other hand, then President-elect Trump stated, “I think we ought to get on with our lives when discussing possible sanctions”. According to USA Today, although Trump has continuously minimized the significance of the election interference, he has agreed to meet with intelligence officials of Russia to gain more information about the activity. However, Trump has repeatedly claimed that the Democratic party is dragging out these sanctions in order to justify the loss of the his opponent, Hillary Clinton.