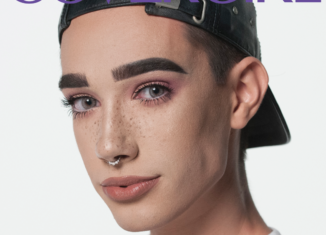 It’s 2016. There is an iPhone with wireless headphones, Donald Trump and Hillary Clinton are the top candidates for President of the United States, movie theaters have reclining seats, and cars can drive by themselves. It’s 2016. Gay marriage is legal, schools, such as Pascack Hills High School in Montvale, NJ and Syosset High School, are making transgender bathrooms, and there are many popular drag queen and king clubs all over.

Anything can happen in our world today.

It’s 2016, and CoverGirl’s new cover girl is a boy. James Charles, a high school senior from Bethlehem, NY, is the new face of the all the rage magazine, CoverGirl. This seventeen year old boy did makeup for his friends for his own amusement and got attention when he asked to retake his senior pictures because “he didn’t like how the highlighter on his cheekbones looked.” Similar to Jaden Smith’s push for unisex clothing, James is making a statement and crossing the previously made gender boundaries, except he’s doing it with makeup.

It’s 2016, and I am amazed by how far we’ve come in this world. It is difficult for people to step out of their comfort zone and stand up for something they believe, especially when that something is not considered the norm for most people. The fact that a seventeen year old boy from a small town in New York was able to be his true self in front of everyone is unbelievable, and CoverGirl is just as inspiring for letting him have the opportunity to show his beauty and talent to the world, while inadvertently opening a new door for the fashion and beauty community. Hopefully, more boys with the same views as James Charles will take what he is doing to heart and be themselves for everyone. Maybe more magazines and other outlets of pop culture will not only let this happen, but also encourage the true individuality and unique beauty of every individual.

To the boys out there who are into fashion or makeup: Be yourself. There are so many amazing people who will stand by you and amazing opportunities waiting for you in this new and improved world. And, remember, it’s only 2016.