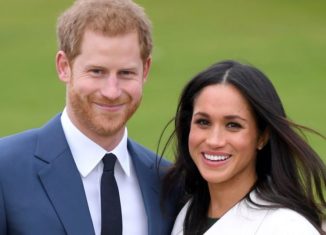 Recently, Prince Harry and Meghan Markle, also known as the Duke and Duchess of Sussex, decided to give up their “royal” name and take a step down from senior royal duties. According to The New York Times, on April 1, 2020, they will officially remove the titles and become financially independent. Once their royal titles are removed, they are no longer allowed to promote their charitable foundation, “Sussex Royal,” on social media or their website. However, Meghan and Harry will still be considered royals, but they will not be permitted to use his or her “Royal Highness” titles. Since mid-January, the couple has been living a quiet life in Vancouver Island, Canada along with their son, Archie, who was born on May 6, 2019.

Despite everything happening, Prince Harry appeared at a sustainable travel conference in Edinburgh, Scotland in order to discuss promoting his environmentally-friendly travel company, Travalyst. The goal of Travalyst is to protect wildlife, preserve the environment, and expand economic benefits by relieving overcrowded destinations. The company’s founding partners include Booking.com, Skyscanner, Trip.com, Tripadvisor, and Visa. On the Sussex Royal Instagram, Harry shared that, “We are a coalition of partners with a shared goal to transform the future of tourism and travel for everyone- to give people access to better information and ensure the future development of tourism positively supports the destinations that the industry relies on, and that their communities depend on.”

According to Vanity Fair, Harry partnered with Jon Bon Jovi to record a song for charity at Abbey Road Studios. The famous Abbey Road Studios is where The Beatles recorded 11 of their 13 albums. The two joined the Invictus Games Choir to practice, perform, and execute the song” Unbroken,” originally by Bon Jovi, dedicated to veterans living with post-traumatic stress disorder (PTSD). The choir version of the song will be released in March along with another album, “Bon Jovi 2020,” which is set to come out in May. According to People Magazine, Bon Jovi happily spoke about Harry and the meet-up, saying “I have immense respect for the family and his brother and himself, his wife, his father, his grandmother, his grandfather. We have much respect for them in America…That’s all I can comment on now. I don’t know what it’s like to walk in his shoes.”

Despite what seems like a sudden departure from royal life, this has been a longtime coming for Prince Harry who has often found himself living in the shadow of his older, heir to the throne, brother. When he began seeing his wife becoming a target to succumb to the same fate as his mother, his mind was decidedly made up. While he will continue with his independent charitable endeavors and will always be a part of the British monarchy by blood, it seems that he and his own immediate family will instead enjoy a simpler life in Canada.