You are here
Home > Entertainment > 2016 Oscars Did Not Disappoint 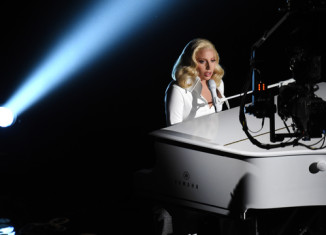 All the way from the Dolby Theatre in California, the 88th annual Academy Awards, otherwise known as the Oscars, were held on February 28th, 2016. This prestigious award ceremony that honors cinematic achievements was hosted by comedian Chris Rock. Before this year’s show even aired, the Oscars were met with controversy. This was a result of celebrity reactions to the nominations. Many hollywood actors, such as Jada Pinkett Smith, were very vocal about their opinions and said they were boycotting the show due to the lack of racial diversity in the long list of nominees. Some even called for Chris Rock to step down as the host in protest.

Chris Rock didn’t cancel his Oscar hosting gig, but instead came out and confronted the controversy head on. He put together an opening segment that was both funny and serious and addressed the issue of racism in Hollywood. Most people say he did a great job diffusing this serious topic with his trademark humor, but some did not feel that this was the appropriate stage for him to express his own opinions on political and social controversy that has been brewing in many facets of our society. In addition to Chris Rock’s remarks, the topic of racism came up throughout the night from other participants; the president of the Academy, Cheryl Boone Isaacs, also gave a lecture about racism. Although racism is an important topic that needs to be discussed, an event that is intended to honor talented members of Hollywood does not seem to be the appropriate stage for the extensive commentary; it took away from the true meaning of the Academy awards.

Despite this fact, the 2016 Academy Awards did not fail to honor deserving people, movies, and songs. Sam Smith won best original song for his hit “Writings On the Wall,” which was featured in the latest James Bond movie. “Mad Max: Fury Road” had a particularly good night as it won six out of its ten nominations. Pixar’s “Inside Out” won best animated feature, and the award for best picture went to “Spotlight.” History was made when Leonardo DiCaprio finally won his first Oscar! He was awarded best actor for his role in “The Revenant.” Although fans were ecstatic that Leonardo’s long overdue Oscar had finally arrived, an era of funny memes on social media about how he has never won has come to an end. This 88th annual Academy Award ceremony will most likely be remembered for Leo’s big win.

There were many other highlights during the show as well. Host Chris Rock went into the star-studded audience and tried to sell his daughter’s girl scout cookies to various celebrities. This closely paralleled when previous host Ellen Degeneres ordered pizzas for the crowd and made Brad Pitt pay for them. David Groll from the Foo Fighters and Lady Gaga gave special performances. Groll sang “Blackbird,” by the Beatles while a memorial slideshow of people who died in the past year played, and Gaga delivered an emotional performance of her song “Til It Happens to You.” Going hand in hand with Gaga’s performance, Joe Biden made an impactful speech on abuse and how it must be combatted in a way that is most healthy for the victims allowing them the necessary time to heal. On a different note, Minions from “Despicable Me,” Woody and Buzz Lightyear from “Toy Story” and droids from “Star Wars” gave the show a twist as they took the stage and presented awards. Due to long acceptance speeches, the whole show ran approximately 38 minutes overtime. While critics did not think that this was the best Academy Award show ever, it certainly did not fail to give out awards that were well deserved. At the end of the day, people went to sleep happy knowing that Leonardo DiCaprio finally has an Oscar and that Hollywood is working towards conquering the issue of race equality.