You are here
Home > Entertainment > Debut of Billie Eilish’s Documentary 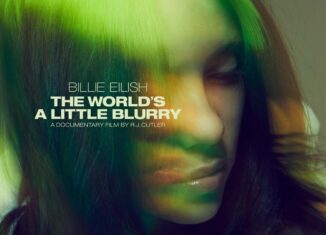 Billie Eilish. The name should ring a bell for most of you. This global superstar has won seven Grammy awards, two American Music Awards, two MTV Europe Music Awards, one BRIT Award, three MTV Video Music Awards, an NRJ, and, on top of all of this, 2 Guinness World Records. And, don’t forget, she’s just nineteen. From her undeniable talent, sweet personality, and cool style, Billie Eilish has blown up in all countries and on all platforms ever since her first song “Ocean Eyes” was uploaded to SoundCloud. She has grown to be idolized by all and an inspiration, especially to those who want to get a start on their own music careers. One question has been asked by almost all who admire her: how? How did she get to the successful status she is in today? How did she make a name for herself in such little time? How did she start off as a typical teenager and emerge into one of the most successful singers in the world? All of these questions have been explored in her recent documentary: The World’s a Little Blurry.

The World’s a Little Blurry is a documentary film directed by R.J. Cutler that takes you through Billie’s life. The documentary shares not only her story of growing up in California, but it also shares behind the scenes footage of how and where the magic happens. In the documentary, the creation of some of Billie’s biggest hits such as When We All Fall Asleep, Where Do We Go? is revealed. The film initially debuted on February 26th on Apple TV+ and in select theaters via Neon, but don’t worry! There are many alternative resources, such as the Apple TV Plus app, most smart TVs, and the Amazon Fire TV if you’d like to see this groundbreaking documentary for yourself. The film began recording in 2018 and was completed in early 2020. It is roughly two hours long, and every minute is worth it.

According to many reviews and my personal experience, the documentary is both very intriguing and interesting. With such a big platform, it is shocking to see Billie have typical teenage thoughts and experiences. The documentary highlights her strength as she has to confront harsh bullying and criticism from strangers online. Billie still has a strong connection with her family, which makes her very relatable, and she also maintains a sense of normalcy. In other words, fame didn’t really get to her or change her. This unique trait of Billie is one of the many reasons people not only look up to her but also relate to her. This documentary was excellent, and I strongly recommend you watch it to learn more about the astonishing life of Billie!