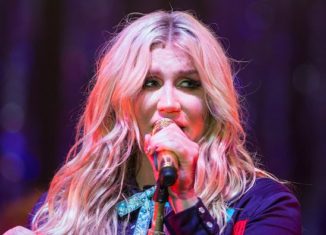 To say that pop star Kesha has not had an easy few years would be a massive understatement. After making hits such as “Tik Tok,” “Timber,” “We R Who We R,” and “Die Young,” Kesha took some time away from the limelight. In January 2014, she entered rehab for an eating disorder. This is also the beginning of when Kesha started speaking out about the abuse from her producer/boss Lukasz Gottwald, known professionally as “Dr. Luke.” After the 30 days spent in the rehab facility, “Ke$ha” simply became “Kesha.” She dropped her notable dollar sign from her name to represent the new chapter in her life. On October 14th, 2016, Kesha filed a lawsuit against Dr. Luke for sexual assault and battery, sexual harassment, gender violence, civil harassment, unfair business, and intentional and negligent infliction of emotional distress. The suit states that Luke drugged and raped Kesha on multiple occasions. Luke has also criticized Kesha’s weight and has led her to depression. The lawsuit asks for Kesha to get out of her record deal and be able to pursue her music career elsewhere. During Kesha’s trial, she received an abundance of support from her fans (her “Animals”), who rallied outside the courthouse, while industry peers, such as Lady GaGa and Taylor Swift, stood by Kesha’s side. Unfortunately, the judge ruled against Kesha’s injunction to be released of her contract from Dr. Luke’s record label, Kemosabe Records, and dismissed Kesha’s claims of abuse.

Instead of using these unfortunate events as a gateway down an even darker path, Kesha channeled it into her music. Kesha has not been able to release music for the past four years due to her legal situation and even questioned if she would ever be able to release music again. However, she carried on with creating new music. On July 6th, 2017, Kesha finally released the lead single off of her third album, Rainbow, entitled “Praying.”

I remember the morning this song was released so vividly. I watched the music video that was released with the song, and I was in awe of how incredible it was. I clicked the replay button over and over again. This was the Kesha that she has always wanted to show to the world throughout her entire career. The song is a deeply emotional power ballad that takes you on a journey. It starts off with just a piano, but then builds into a huge production with drums, strings, and Kesha’s soaring vocals. It is about finding empathy for those who have wronged you, which is an extremely difficult feat. Even though someone has hurt you, you hope they change for the better. This song was not only praised for its message, but also for Kesha’s vocal ability. Most people have not heard Kesha’s voice like this before. Most notably, at the end of the track, Kesha hits a whistle note that truly shocked people because they did not know she could sing like that. Aside from “Praying,” Kesha began to release more promotional songs off of Rainbow, like “Woman,” “Hymn,” and my personal favorite, “Learn To Let Go.” Each of these songs is incredible. The lyrics and vocals are impeccable and made me eagerly anticipate the release of Rainbow.

On August 11th, 2017, Rainbow, Kesha’s first album since 2012, was finally given to us. Honestly, it was well worth the wait. I have been listening to this album non-stop since it was released. There’s not a single song that I don’t love. Also, it is a very eclectic album. While the album is categorized as “pop,” it is really a mashup of various genres. While songs such as “Learn To Let Go,” “Hymn,” and “Praying” offer a pop sound, there is much more than that for listeners. The Eagles of Death Metal are featured on “Let ‘em Talk” and “Boogie Feet.” While I am not much of a fan of heavy metal, I appreciate and enjoy both of these songs, and “Let ‘em Talk” is one of my favorites on the album. Other songs, such as “Finding You” and the final track of the album “Spaceships,” lean more towards the folk side of music.  The folk sound is prevalent, but not to the point where it is overbearing to those who can’t stand folk music. Kesha even goes into country music territory with “Hunt You Down” and a cover of “Old Flames (Can’t Hold A Candle To You),” by Dolly Parton. Kesha’s mom, Pebe Sebert, wrote the song, so it holds a special place it Kesha’s heart. She even got Dolly Parton herself to be featured on the track!

The titular track, ‘Rainbow,” is a ballad. This very powerful song serves as a reminder that, like Kesha, you can hit rock bottom and make it out on the other side. From being teary eyed due to songs, such as “Praying” and “Rainbow,” to singing along to anthems, such as “Woman” and “Learn To Let Go,” every song on this album brings something different and unique to the table.

There is something on this album for people who enjoyed Kesha’s old sound and for those who wanted to hear something different. This is an evolved Kesha. Rainbow shows that Kesha can do it on her own. The album debuted at #1 on the Billboard 200 and became the singer’s second #1 album. It was well-received by critics and received universal acclaim. Without a doubt, Rainbow is my favorite album of 2017 so far and topping it will not be an easy task. Here’s to Kesha, someone who went through something so horrible, but came out on the other side, back stronger and better than ever.