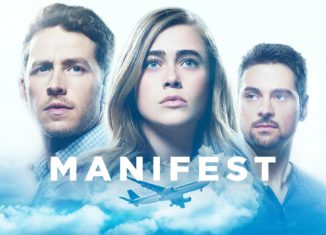 NBC recently came out with a new show full of drama and mystery called Manifest. In the series, passengers take off on a plane, and during the flight, they experience a tremendous amount of turbulence. After the awful trip, the passengers finally arrive home, but it’s five years later. The show revolves around a family coming home from vacation and is split into two flights. Once arriving home, they have to deal with all that has happened throughout the years that they were thought to be missing. On top of all the personal issues the characters are having, the government is watching all the passengers. They are trying to find out what has happened on the flight and how a plane could have gone missing for five years to the rest of the world, while it was only a two day trip for the passengers. Liz Shannon Miller, from the website “Indiewire”, states, “there are a number of really interesting ideas to be uncovered in Manifest.”  The majority of the audience also tends to like the show. The tv show and movie rating website “Rotten Tomatoes,” claims that 78% of the audience gave Manifest a favorable rating. There are several positive reviews, but there are also some negative ones. For example, the New York Times called it boring and unoriginal. Many reviews also called it a “Lost copycat.” Despite the few negative reviews, overall, it has an interesting concept with a great plot. The mystery of Manifest is very intriguing and will definitely make you think. Therefore, I would definitely recommend it to anyone looking for a new show to watch on Monday nights.