You are here
Home > Entertainment > What’s Your Emergency? 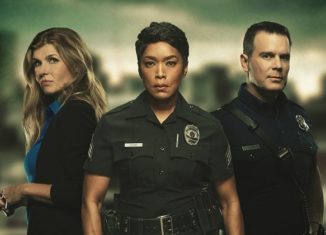 “9-1-1” is a dramatic television series about 911 first responders in Los Angeles who deal with life-threatening incidents. In season one, 9-1-1 focuses primarily on Bobby (Peter Krause), a seasoned firefighter in recovery for alcohol and drug abuse; Athena (Angela Bassett), a cop trapped in an unhappy marriage; and Abby (Connie Britton), a “what’s-your-emergency?” operator caring for her mother with Alzheimer’s and trying to get over a bad breakup. Abby Clark is a character who worries more about other people and their problems on the other end of the line than she does about her own. She devotes most of her life to helping people who dial “9-1-1”. The calls that are received are emergencies that the first responders talk the caller through and get the caller help if needed. For example, one call involves rescuing a woman from being strangled by one of the several massive snakes that roam throughout her home. Instead of giving the snakes the “CSI” treatment, “9-1-1” is more interested in seeing how the characters react. The series is different than other series, like “Law and Order” or “Criminal Minds,” because it shows everything that occurs during a real-life emergency, from the initial call to the end result and everything in between. Other series only show the emergency occurring, not everything else, but this television series takes care of that. The series also includes a lot about the first responders’ personal lives, which is very interesting and entertaining. Also, not only are the dramatic and real calls shown, but the fake and unrealistic calls are also shown. “9-1-1” is a highly entertaining show that you will easily find yourself wanting to watch every week. Tune in on Mondays at 9 PM Eastern Time on Fox!