You are here
Home > Entertainment > What’s New on Disney+ 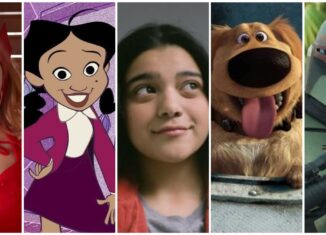 Now that we’re a month into the new year, Disney Plus is releasing several new movies and shows. Here’s what to expect:

Around the world, Marvel fans were thrilled when the first two episodes of WandaVision were released on January 15th. Elizabeth Olsen and Paul Bettany star in this new sitcom from the MCU. There will be nine episodes in total, with a new episode coming every Friday until March 5th. The show explores the so-called real life of Wanda and Vision in a suburban New Jersey town. Another exciting new Marvel show is the Falcon and the Winter Soldier, starring Sebastian Stan and Anthony Mackie. This six-episode series will debut on March 19th. In addition to the new Marvel shows, Disney Plus also released a video compilation of heroes called “Legends”. The intent of this is to show each individual character and their journey throughout the Marvel Cinematic Universe. The first episode features Wanda Maximoff and her growth from her first appearance in Avengers: Age of Ultron to Avengers Endgame. Episode two is about the character Vision, and it explores his start as an artificial intelligence called J.A.R.V.I.S in Iron Man, leading up to the reasons for his creation and his eventual death.

Another series bringing Disney-Pixar fans much happiness is the release of the second collection of Inside Pixar: Portraits. This series looks at the stories behind the famous animation studio, allowing viewers to engross themselves deeper in the people, artistry, and culture of it. The first collection of episodes looked at new and old projects, including the very successful Coco and the newer Soul prior to its release. Unlike the theme of the second series, the first series focused more on “Inspired.” Some of the highlights of the newer version include a VIP tour of the studio and an insight into the chef behind the sweet treats served at the studio. The most exciting part behind both of these collections is the inside look in one of the most renowned studios. Pixar helps define American culture through hit movies like Toy Story and The Incredibles, and it is always exciting to learn more about it!