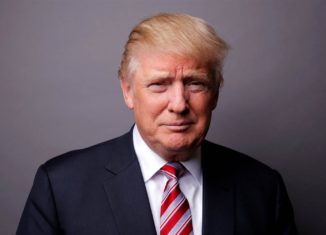 We’re all familiar with this situation: a good influence and a bad influence fighting for control over an easily manipulatable person. It’s often dramatized in movies, as the main character is torn over what to do; except this time, the angel and the devil have escaped Hollywood and made their way to 1600 Pennsylvania Avenue. The angel is Jared Kushner, the devil is Steve Bannon, and Donald Trump is the man in the middle.

The only reason that Donald Trump is so susceptible to the differing voices of his closest advisors is because he himself is a man who lacks any and all semblance of a moral compass. Politically speaking, he is willing to go whichever way the wind blows. Steve Bannon, currently fulfilling the role of devil in the Oval Office, is responsible for some of Donald Trump’s most reprehensible actions and decisions. He was the mastermind behind Donald Trump’s photo-op, right before a Presidential Debate, with all of the women who have accused Bill Clinton of sexual assault. Bannon has also shown a less than exemplary understanding of the First Amendment, saying on January 26th that “the media should be embarrassed and humiliated and keep its mouth shut and just listen for a while. The media here is the opposition party.” Bannon has also shown an inhumanely low level of respect for women and religious minorities. On a radio call held after his appointment to the position of Chief Strategist, he called feminists “a bunch of dykes of the 7 Sisters schools.” He has also been accused of being an anti-semite, islamophobe, and xenophobe. Bannon generally is responsible for bringing out the absolute worst in our president. This has included, but certainly isn’t limited to, inspiring late night tweeting storms, urging the rushed (and failed) Executive Order to block immigrants and refugees from a number of Muslim majority nations, fervently supporting the engineeringly impossible Border Wall, and yearning to restore American “white culture.”

Jared Kushner is a Harvard educated moderate looking to bring some type of stability to the White House. These days, that’s all it takes to be deserving of angel status. Kushner has refrained from going on the record, quite unlike his counterpart, but his calming impact on the West Wing has still been felt. He strongly dislikes Donald Trump’s late night tweeting habit, hopes to bring peace to the Middle East, and encourages the President to take a more centrist stance on controversial issues.

In recent days and weeks, numerous publications have detailed the growing rift between Bannon and Kushner, as their respective visions forward seem entirely incompatible. The President would be smart to make a decision to shake up his staff sooner rather than later. The success of his first term, and any chance at reelection in 2020, are completely dependent upon the President making the right choice and showing Steve Bannon the door while opening up both ears to the advice of his son-in-law, Jared Kushner.