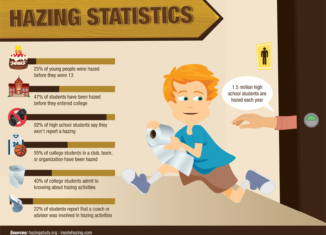 Recently, various news sources have shared multiple articles relating to the dangers of college fraternity hazing. The headlines on this topic keep appearing with a greater frequency than in years past as hazing is a growing problem. The key question is: are colleges doing enough to prevent further cases of deaths and major injuries resulting from hazing?

The answer is yes and no. While some colleges are taking steps to end harmful, deadly hazing practices, others have not done so yet. One school that has taken action is Florida State University. After a recent pledge death at the university, Florida State indefinitely suspended the 55 recognized fraternities and sororities on campus. Following the death of Andrew Coffey, a Pi Kappa Phi pledge, Florida State’s president, John Thrasher, stated that there was a need for a culture change at the school. Ohio State University is another school that has been proactive with hazing issues. Out of the university’s 37 fraternities, 11 of them have been under investigation starting from the first week of the school year due to their possible violation of the school’s code of conduct. The school’s director of Greek life, Ryan Lovell, said  “This is an unacceptably high number, and the university will not tolerate behavior that puts the health and safety of students at risk.” The school’s head of interfraternity council said that they are working on solutions to address these abundant problems within the school community. Texas State University has also turned to suspending all fraternity and sorority activities as a result of a 20-year-old pledge who died at an off-campus social event. The university president, Denise Trauth, ordered a review of the college’s greek life on school campus, which would propose recommendations for reinstating the chapters.

As juniors in high school, this is a topic that dramatically affects us and our classmates when thinking about what possible colleges we plan to apply to. It is definitely a topic to keep in mind when applying to colleges because the goal is to have fun, get a good education, develop as a global citizen and, most importantly, have a safe, lucrative experience at college. This is also a topic that parents take into great consideration when they are deciding on schools they would look to see their child attend. In our opinion, the issue most definitely does not come with a simple conclusion, and we do see colleges making efforts to prevent future cases. Unfortunately, what they are doing just may not be enough to provide students with the safety that they need.

Hazing is viewed as a gargantuan issue in United States colleges. According to the National Study of Hazing, 55% of college students involved in clubs, teams, and organizations experience hazing at some point in the college career. Hazing occurs in, but extends beyond, varsity athletics and Greek-letter organizations and includes behaviors that are abusive, dangerous, and potentially illegal. Alcohol consumption, humiliation, isolation, sleep- deprivation, and sex acts are hazing practices common across different types of student groups. The study also states that 25% of coaches or organization advisors were aware of the group’s hazing behaviors; 25% of the behaviors occurred on-campus in a public space; in 25% of hazing experiences, alumni were present; and students talk with peers (48%, 41%) or family (26%) about their hazing experiences. As if hazing itself wasn’t enough of a problem, the even bigger problem lies in the fact that trusted adults are sometimes aware of the issue, but they do not do anything to stop it from happening until it is too late.

While some colleges are making efforts to prevent hazing to younger club, fraternity, or team members, there needs to be a more universal push for all colleges and universities to do the same. The University of Florida announced a change in its policies following numerous hazing allegations on campus. The school now limits the pledging time for new members and requires that alumni or chapter advisers be present for initiation rituals. These types of schools are creating a safe environment for future generations and hope to alter the minds of young students who are applying to colleges and wanting to be part of an extracurricular activity.